Like most Asian American boys of the strip mall-dojo generation, Rich Ting grew up wanting to be Bruce Lee. Before he knew how to read, the future taekwondo black belt learned how to operate a Betamax so he could watch “The Chinese Connection” and “The Big Boss” over and over again.

Ting now finds himself carrying on the legacy of Lee by stepping into the role of another kung fu film great. The Japanese/Chinese American actor plays Bolo, a character based on actor Bolo Yeung, in “Warrior,” a new Cinemax show based on a long-lost treatment written by Lee himself. Yeung, the yoked “Enter the Dragon” baddie, was a good friend of the late, great martial arts legend, who wrote a part for his former student to play in his television project. And now that idea has been brought to life by Lee’s daughter Shannon, executive producer Justin Lin and showrunner Jonathan Tropper.

“Now is the time to tell an Asian American story like it’s never been seen before,” says Ting, who described the experience as surreal. “I would never imagine myself helping to continue the legacy of Bruce Lee.”

For an industry that often portrays Asian males as meek and effeminate, Lee was a living, breathing, ass-kicking superhero who Ting looked up to as a kid. “Just the way he’s sitting in interviews,” says Ting, while lounging inside the lobby of his downtown Los Angeles loft building. “A typical Asian would sit up like, ‘I have to be respectful to this white interviewer,’ but Bruce was confident in who he was. He was so ahead of his time.”

Born in Southern California and raised in the Bay Area, Ting followed a path his parents had set for him and his brothers that deviated from the Asian American norm: They often stressed athletics over academics. His father is a well-known orthopedic surgeon and his younger twin brothers ended up playing football at USC under head coach Pete Carroll. Ting says, “Other Asian kids who had to do violin were like, ‘Why don’t you have to take music lessons?”

While Ting excelled at sports, he wasn’t immune to the taunts that every kid who has received money in red envelopes endure. “The other team would pull their eyes sideways or mimic a Chinese take-out guy,” recalls Ting, who played football at Yale. When asked how it made him feel, Ting’s voice goes low but doesn’t skip a beat: “Luckily, football is a contact sport.”

Ting, who clearly had no issues excelling at academics too, ended up earning a dual juris doctor and master of business administration degree, but turned down a promising law firm job to pursue his Hollywood dream. His athleticism and martial arts background earned him steady work as a stuntman before he made the leap into acting, which took him to Vietnam, Korea and eventually back home where he would be cast as Bolo.

“When I first got the sides to audition I was like, they’re going to find some beast in Northern China,” says Ting, whose childhood nickname was coincidentally Chung Li, Yeung’s iconic “Bloodsport” character. Ting is bigger than most Asians (6-feet-1 and 220 pounds-plus), but he’s no Dave Bautista. Luckily, Lin was looking for an actor with physicality, not just size.

“Even when I got the part I’m thinking, ‘I’m going to have no lines,’” Ting jokes. “I’ll just grunt and flex my pecs. Then I met Justin and he told me not to do Bolo [Yeung]. He wanted me to go through my own creative process, which is all you can ask for as an actor. As a fan, of course, I’m going to flex my pecs or brush my nose as a thank you to my idols because Bolo and Bruce are in me.” 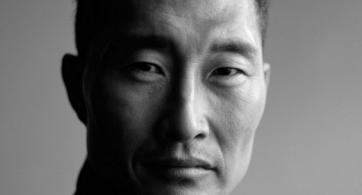 This is Daniel Dae Kim’s fourth time on the cover of this magazine. Or maybe it’s his fifth? At this point, it’s a little hard to keep track. But […]