In the 70-year history of the prestigious Emmys, no Asian woman had ever been nominated in the lead drama actress category — until today.

Sandra Oh made history Thursday by scoring the nod, which comes after a critically well-received first season of her BBC America series “Killing Eve.” Oh, who is otherwise best known for her longtime run as Dr. Cristina Yang in “Grey’s Anatomy,” already has five Emmy nominations under her belt in the supporting category.

In “Killing Eve,” Oh plays the titular Eve Polastri, who becomes obsessed with hunting down a psychopathic killer. The show premiered in April and has been renewed for a second season.

Oh is up against Claire Foy (“The Crown”), Elizabeth Moss (“The Handmaid’s Tale”), Evan Rachel Wood (“Westworld”), Keri Russell (“The Americans”) and Tatiana Maslany (“Orphan Black”) for the trophy.

It was only last year that Riz Ahmed became the first Asian man in history to win an acting Emmy, for “The Night Of.” 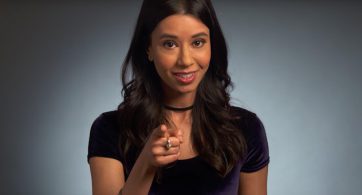 HBO is calling for short films from Asian American and Pacific Islander filmmakers for its third APA Visionaries competition, the network announced on Wednesday. The theme for this year’s […]