A controversial new Snapchat filter is being accused of making a caricature of East Asians and promoting yellowface.

The filter makes your cheeks fatter and narrows your eyes, and also lightens your skin tone. It has been compared to the Long Duk Dong character in “Sixteen Candles,” one of the most infamous caricatures of Asian Americans.

@Snapchat @snapchatsupport idk if u realize, but this filter is yellowface and u should take it down pic.twitter.com/MLSHz0Bbkl

This isn’t the first time the social media app has been in the limelight for controversy. A couple months ago, Snapchat caught the same attention for a tribute filter for Bob Marley – the filter darkened skin and added dreadlocks which people thought promoted blackface.

“This anime-inspired lens has already expired and won’t be put back into circulation,” Snapchat said in a statement on Wednesday. “Lenses are meant to be playful and never to offend.”

For many users, the offense was clear and they took to social media to show their outrage.

This quite the racist snapchat filter in my opinion pic.twitter.com/r9AfqhgZyc 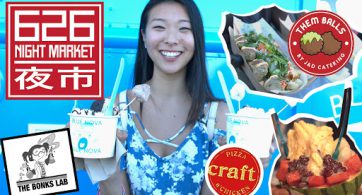 The old tradition of The Shilin Night Market in Taipei is brought to the people of San Gabriel Valley at the 626 Night Market. Follow our hosts Ami Park, […]