Chaz Bear aka Toro y Moi just dropped the music video for his song “50-50” from his 2019 album “Outer Peace.” As Bear wanders through a barren desert, a place that feels like it’s located somewhere in between a dream and a nightmare, he stumbles into a sudden rainstorm, finds a parachute and is haunted by a mysterious silver skull mask. His autotuned lyrics, electronic snare beats and hazy synths (which possibly signals a subtle artistic shift away from his usual electronic chillwave formula) match the video’s striking visuals. “50-50” was directed by Justin Morris and Colin Matsui, who previously worked on Bear’s “Omaha.” The music video follows the release of “Ordinary Pleasure” and a 23-minute long Dropbox project dubbed “Soul Trash.”

Catch Toro y Moi at one of his upcoming shows: 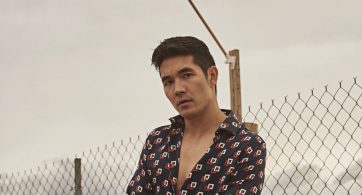 When the entire drama class howled with laughter at Ken Kirby’s apron-wearing impersonation of chef Martin Yan from “Yan Can Cook,” Kirby knew he would make people laugh for […]