“THE MODEL-TURNED-ACTRESS DISHES ON WORKING WITH HUGH JACKMAN IN THE WOLVERINE.”

On the last day of production of the highly anticipated film from Marvel Studios, The Wolverine, director James Mangold tweeted some black and white photos he took of “three people I adore”: Hugh Jackman, who plays the title character; the Japanese model Tao Okamoto, who plays Logan’s love interest Mariko; and the elfin beauty Rila Fukushima.

Herself a former model who first gained international attention when she appeared in the D&G spring/summer 2004 campaign, Fukushima hasn’t just won over one of Hollywood’s top directors. She’s just signed with ICM Partners, one of the world’s largest talent agencies. “There are so many roles I’d like to try,” says the Tokyo-born actress, now based in Los Angeles. “I love a good challenge, and I look for roles that speak to me somehow.”

In her big screen debut, out in theaters July 26, Fukushima found plenty of challenges in Yukio, the ninja character who first appeared in the original 1982 comic book, tasked by Wolverine’s nemesis to find the mutant. “The role required intense training in a variety of martial arts styles and tech- niques, from sword fighting to bo staff,” says Fukushima, who is fluent in English. “I think the biggest challenge was the physicality of the role. Long days of martial arts and stunts were really hard. It was both incredibly rewarding and humbling to go through it. I definitely learned a lot of things about myself.”

After all, Fukushima isn’t your typical martial arts actress. Raised in Tokyo, she graduated college with a degree in English literature. While working at an advertising agency, she met an agent who encouraged her to give modeling a try. “I am not sure exactly what my first job modeling was; it was so long ago,” says Fukushima, who has been modeling for at least a decade. “But I remember that it was for one of the magazines that I would regularly buy. So one day, I got to pick up an issue, and I saw myself in it. It was such a sur- real experience, seeing the pages I had worked on in a magazine that only a few months before I was just a reader of. It took a while to get used to that feeling.”

Since then, Fukushima’s appeared in everything from Elle to V Magazine to Vogue Japan, and has done campaigns for Vera Wang, Gap, Calvin Klein CK One and Kenneth Cole Reaction. And as a model, she had occasion to work with now-co-star Okamoto. “It was a lot of fun to get to work with Tao,” says Fukushima. “She is a very talented ac- tress, and I had an amazing time work- ing through the script and spending time together with her while shooting the film.”

It seems there was a lot of bonding on set, from director to co-stars to crew. (The film features a number of Japanese actors, including Hiroyuki Sanada, as well as Asian American actors Will Yun Lee and Brian Tee.) “We had a great time every day,” Fukushima recalls. But there was one moment she particularly relished.

“One of my best memories was seeing Hugh with his shirt off for the first time,” she says. “I’m not sure if my reaction will make it into the film, but I must have looked really surprised. It was like looking at a Greek god.”

WHAT WERE YOU DOING 10 YEARS AGO?
“In 2003, I was still living and working in Tokyo. The summer was probably really hot and muggy, as it always is in Tokyo, and I was just a few months away from getting to go to New York.” -Rila Fukushima 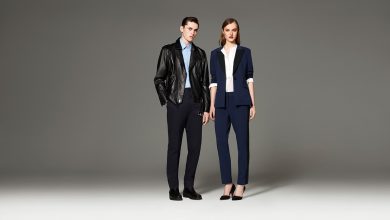 Waking up this morning, I was more than excited to see that the lookbook for the much-anticipated 3.1 Phillip Lim and Target collection were finally released.  Living up to […]