KoreAm readers were first introduced to Kam Redlawsk in November of 2008. A talented young designer, she was afflicted with a rare genetic disorder that causes progressive muscle deterioration and weakness. How rare? Only 1,000 people worldwide are known to have Hereditary Inclusion Body Myopathy, or HIBM. There is no cure. Some with the disease have become quadriplegics by their 50s or bedridden, only able to move their eyes.

When first diagnosed as a college student, the Korean adoptee was initially told by doctors to quit college and become less active. But she stubbornly ignored the advice, graduated from college and got a job working for Mattel in Los Angeles. That’s when KoreAm met Kam, while she was living in L.A., still able to walk with the assistance of braces and a cane, and serving as a spokesperson for a nonprofit group, the Advancement of Research for Myopathies (ARM) that raises funds for research and provides support for HIBM patients. Less than three years later, Kam is now living in San Francisco, married and still designing. She’s also still stubborn.

Though the disease has progressed and Kam is now in a wheelchair, she continues to fight, trying to raise awareness about HIBM and funds for research. Her latest effort is a grassroots one initiated by a couple of friends who, with her, have launched bikeforkam.com. On April 25-29, a group of supporters will be riding their bikes some 500 miles from San Francisco’s Golden Gate Bridge to the Santa Monica Pier in Los Angeles. Their goal is to raise $20,000, and they’re more than halfway there. They’re are asking for donations of any amount. If you go to the website, you can even purchase a very cool T-shirt illustrated by Kam and wear it the week of the bike ride to show your support.

When I spoke with Kam this past weekend, she admitted that it’s been a difficult time as the severity of her disease has become more real. “Getting fitted for a more serious wheelchair, that [was] kind of difficult, not so much the image of being in a chair, but it’s more of a feeling that,… it’s a tangible milestone,” said Kam, fighting back tears. “It reminds you [the disease], it’s still there, and it’s going to keep progressing.”

When asked what keeps her going during her darkest moments, Kam said she might cry, but then she tells herself, “How can I fix it? I can cry about it right now, but I have to do something to help it. I have to help myself, help others.”

The irony is that researchers say a cure for HIBM is actually very attainable, but because the disease is so rare, it’s not profitable for pharmaceutical companies to invest money to move forward on research and a cure. That’s why it’s called an orphan disease. That’s also why Kam is reaching out to the community in the hope many will adopt this cause. She says donations will go to ARM and fund medical research on HIBM.

To learn more and show your support, please visit bikeforkam.com. To get directly to the donation page, click here. 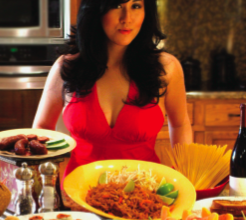 The Korean Adoptees of Hawai’i organization is sponsoring a research study that explores the relationship between adult transnational adoptees and their adoptive parents. The project is looking specifically at […]