Telly Leung, the musical actor and “Glee” alum, will star in a new Broadway a cappella showing, “In Transit,” by the creators of “Frozen” and “Pitch Perfect.”

The musical, directed and choreographed by Tony Award-winning Kathleen Marshall, “follows the intertwining lives of 11 New Yorkers, all hoping to catch the express train to success, love and happiness…and the stops they make along the way.”

Leung, known to many as Wes on “Glee,” performed in “Allegiance: A New American Musical” on Broadway alongside George Takei and Lea Salonga.

According to Playbill, “In Transit” has already enjoyed considerable success Off-Broadway, beginning in 2010. In 2011, it was awarded the Drama Desk Award for Outstanding Ensemble.

The coming show is scheduled to open Dec. 11 at Circle in the Square in New York. 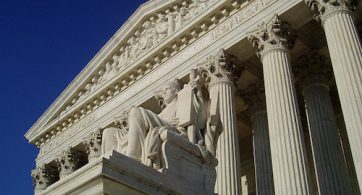 After being rejected for admission to Ivy League universities despite a weighted 5.3 GPA, a Chinese American student has filed a complaint via a letter to the U.S. Department […]