It’s voting time! Thanks so much to all of you who submitted videos. We were blown away by your talent and humor. We laughed, we cried (OK, we mostly just laughed) — and now we’re so excited to share these clips with the world.

Please vote for your three favorite videos by this Monday, Nov. 16 at 11:59 p.m. PST. You can vote once every 24 hours. The three finalists — two who receive the highest number of votes and one Editors’ Pick — will be announced later that week. We know it’s not a whole lot of time so you gotta get moving. VOTE, VOTE, VOTE! And spread the word!

Lust. Envy. Deceit. Amnesia. It must be Korean drama time!

To celebrate the launch of charactermedia.com, Verizon Wireless and Asiana Airlines are sponsoring a video contest starring you! Your mission: To create your own K-drama scene.

So write a script, cast your friends, turn on the video camera and get moving! Clips must be no longer than three minutes and submitted by Nov. 8.

That week, we’ll post the top 10 videos for readers to vote on.

Submit your entry by uploading a video response to this vid: http://www.youtube.com/watch?v=l0L5xMXcN-M

Three finalists (two that receive that the most votes and one that editors pick) will win two tickets to KoreAm’s exclusive celebrity-studded gala “Unforgettable” in Los Angeles (a $500 value), where their videos will be screened. Attendees will vote for their favorite scene via text messaging. The winner will take home one round-trip ticket to Korea from Asiana Airlines and a Verizon Wireless phone.

The rules and details: 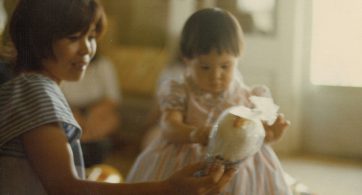 We’re in the middle of archiving years of KoreAm stories on charactermedia.com. It’s mostly a process of copying and pasting text—not too exciting. But every once in a while, […]