Editor’s note: Adapted from our monthly listicles, “The Lookout” is our weekly series bringing you the latest scoop of what’s happening in AAPI entertainment. We’re doing the legwork, so you don’t have to.

Amazon Music recently released a brand new short film to celebrate AAPI women artists. The project, titled “Message In The Music,” highlights AAPI females who break norms and defy stereotypes and aims to give viewers an intimate look at what it’s like to be an Asian American woman in music. The documentary features Audrey Nuna, Deb Never, Joyce Wrice and Maliibu Miitch.

The all-girl teen punk band, The Linda Lindas has officially signed a record deal. They recently went viral for their performance at the Los Angeles Public Library, garnering praise and views from millions of people on social media. Correspondingly, the girls received an offer from L.A. punk label, Epitaph Records. The Linda Lindas are best known for their song “Racist Sexist Boy,” an epic takedown of racism, inspired by an anti-Asian encounter experienced by one of the band members.

88Rising recently held Asia Rising Together, a benefit concert to raise awareness for Asian mental health and to benefit the nonprofit, Asian Mental Health Collective. The event featured special guests and performances from artists such as Niki, CL and Dumbfoundead. In addition to musical performances, the concert highlighted AAPI-led businesses and organizations across multiple industries. At the end of the event, the media company announced the return of its annual “Head in the Clouds” music festival this year on Nov. 6-7 at Brookside at the Rose Bowl in Pasadena, California.

Attention BTS ARMY, the long-awaited BTS meal is finally at McDonald’s. As of May 26, customers can enjoy the pop icons’ favorite meal and celebrate with brand new merch available on the Weverse Shop. The signature order includes 10-piece Chicken McNuggets, medium fries, a medium Coke and Sweet Chili and Cajun dipping sauces inspired by popular recipes from McDonald’s South Korea. The collaboration also includes four weeks of never-before-seen content of the Korean idol group, now available on the McDonald’s app.

Streetwear brand designer Bobby Hundreds and basketball player Jeremy Lin have partnered together to create the “Unity Shirt.” Symbolizing cross-racial solidarity and standing against racism, the shirt is available for only a limited time on The Hundreds’ website and app. A portion of the proceeds will be donated to the Stop AAPI Hate collective.

New York Times bestselling author David Yoon, best known for his novel “Frankly In Love,” is back with a sci-fi thriller. “VERSION ZERO,” out now, is based on Yoon’s personal experiences working in the tech industry as a designer and user experience expert. After focusing primarily on young adult novels, this is the Korean American author’s first book for adult audiences.

Half-Filipino basketball player Jordan Clarkson made sports history this week. He was awarded “6th Man of the Year,” given to the NBA’s best performing player for his team coming off the bench. Clarkson is the first Utah Jazz player to win the award and is the first Asian American to win any of the NBA’s six annual awards.

Tune in next week for another roundup of the latest news in AAPI entertainment! 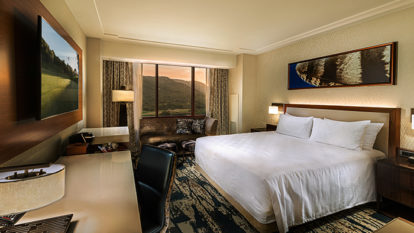 Pechanga Resort Casino announces today it will reopen the doors to its hotel starting Thursday, May 20 to the general public. Also opening May 20 are The Cove and […]