South Korea is one of the fastest growing and most lucrative markets worldwide for designer fashion and luxury items. They have a huge influence not only in China, but also in other parts of Asia and even in America. It’s no surprise that all this influence hasn’t gone unnoticed by Gucci.

Gucci is tapping into this successful market by choosing South Korean actress Jun Ji-hyun, also known as Gianna Jun, as the new face of their accessories ad campaign. Jun is most famous for her role as “The Girl” in the 2001 romantic comedy “My Sassy Girl,” one of Korea’s highest grossing comedies of all time.

The accessories campaign, which includes jewelry and eyewear, was shot by photographer SÃ¸lve SundsbÃ¸ in London over the weekend, and overseen by the creative director of Gucci, Frida Giannini.

“Gianna Jun has just the type of natural beauty and sensual sophistication that is perfect for a Gucci woman,” said Giannini of the choice to have Jun as the face of the campaign, which will be released in January 2015. “Her contemporary femininity is well suited to our accessories, which she will bring to life in this new campaign.” 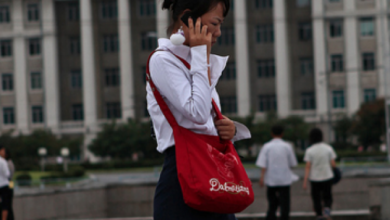 by REERA YOO Young North Korean couples are choosing to mark their engagements with mobile phones instead of traditional engagement rings, reports the Daily NK. According to a woman […]