“It’s common as an Asian American to feel like an unwilling participant in society’s lazy word association game: See someone Asian, say something Asian,” Andrew Keh of the New York Times writes. Keh recounts his own participation in the game, and the numerous times others have called him by a name not his own. Before Jeremy Lin, it was Yao Ming, he says. And before that, it was probably Jackie Chan or Bruce Lee.

“You wait for another Yao Ming, another Jeremy Lin, and another, and another, until maybe the names begin to lose their meaning,” Keh writes.

Meanwhile, the Times also offered a video offering the perspectives of a handful of Asian Americans on how they experienced Linsanity.

Take a look at the clip and comment below: What is Linsanity to you? 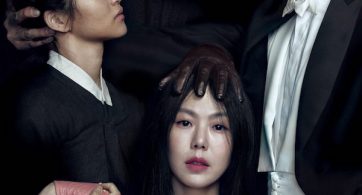 Park Chan-wook has always loved old stories. He means myths and legends and folk tales, stories that pit humans against the forces of fate. That battle is at the […]