Quarantine ain’t got nothing on these teens. Netflix is set to premiere a new teen romance film that stars Leah Lewis, Daniel Diemer and Alexxis Lemire, and that’s only “The Half of It.”

Directed by Alice Wu, who’s best-known for her hit feature debut and queer classic “Saving Face,” “The Half of It” marks Wu’s highly anticipated return to the filmmaking world. Loosely inspired by “Cyrano de Bergerac,” the film follows a high school Asian American straight-A student named Ellie (Lewis), who runs a business writing essays for other students. She’s approached by a jock named Paul (Diemer) who asks her to write a letter to his crush, Aster (Lemire). As they work together to figure out a way for Paul to win over his dream girl, Ellie and Paul start to realize that Ellie harbors her own feelings for Aster.

The film is about a beautiful journey of love, friendship, self-discovery and more. It will be available on May 1 to stream on Netflix. In the meantime, you can watch the trailer here. 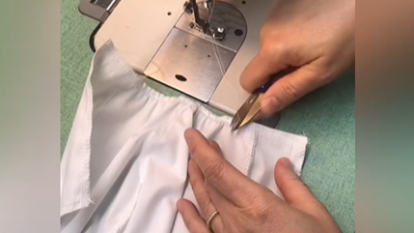 Over the past weeks, news reports have been rolling in from across the country discussing the nationwide shortage of personal protective equipment (PPE) for healthcare professionals and the general […]