When former First Lady Laura Bush compared the detention of migrant families at the U.S. border to the forced relocation of Japanese Americans more than 75 years ago, Americans were reminded how easily racist history repeats itself.

Now television showrunner Alex Woo has found a brilliant way to tell the horrors of that ghastly period of our collective past: He’s literally made the Japanese American internment a horror show. It will be the subject of the second season of AMC’s anthology series “The Terror,” starring a predominantly Japanese American cast.

In his Hollywood office, the Princeton and Yale-educated Woo pondered his work. “A horror movie where there are blood and guts splashing around everywhere and people screaming their lungs out is not the kind of experience that maps itself to a 10-hour experience that you are coming back to week after week,” he said. “The terror we’re going for is much more internal. It’s a psychological terror, which lends itself to television much better than film. The kind of horror we’re going for is much more intimate. It will get under your skin, if we do our jobs right.”

To make sure they do, the New York-raised executive producer most known for his work on “True Blood” has pulled together an impressive team for what is slated to air in 2019.

“Our wildly disparate backgrounds allow us to form something together much better than anything we could do individually,” Woo said. “We have a writer whose background is as a poet. We have Naomi Iizuka, who has an accomplished career in theater. We have another Japanese American writer who thinks about things from a TV craft perspective. We have a staff writer who is a Harvard Ph.D. candidate in Japanese folklore and translates 11th-century manuscripts in his spare time.”

When asked how one becomes the kind of writer who gains entry into TV writing rooms such as his own, he said there’s no set path. He started out as a struggling playwright who got sick of earning $7,000 a year and found TV to be a compelling storytelling medium. He had written an off-Broadway play based on his own Chinese American experience with the Pan Asian Repertory, and TV executives trusted that he could write.

“As was typical in Chinese families, my parents were working all the time,” Woo recalled. “So I spent a lot of time by myself. I had an entire imaginary world. So I loved playing around in that. Writing was an extension of that for me. For better or for worse, joy is the reason I continue to write. It’s too much work for me not to find some joy in it.”

For Woo, the process of writing remains an act of frolicking in an imaginary world. And he suggests that beginning writers find what works for them. For him, it’s simply a room of one’s own and silence to hear the “theater in his brain.”

“Put the first coat of paint on in the most straightforward way,” he said about his process. “And then go back in there and ask, ‘How can I make this messy?’ If it doesn’t work, you can always rewrite it. There’s no audience watching when you’re alone in a room. This is the chemistry lab where you can try out everything that you can imagine.” 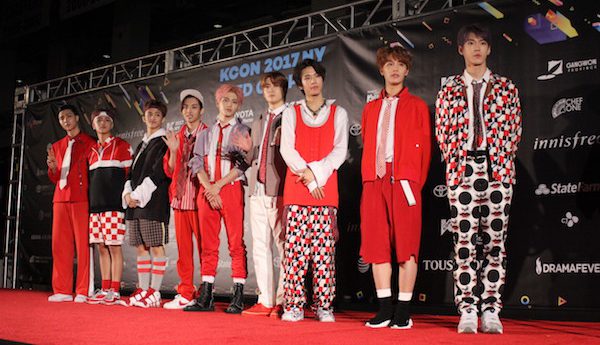 Exciting news for American K-pop fans: More of your faves are getting Western mainstream exposure. Ahead of their “Regular-Irregular” album drop, boy group NCT 127 are making multiple appearances […]