Acclaimed playwright Young Jean Lee is most comfortable pushing the envelope in works that shake our notions of race, religion and identity.

In the five years she’s been making a splash in the theatrical world with her edgy, avant-garde productions, New York playwright Young Jean Lee has proven no subject is off-limits. Not religion, not mortality and certainly not race—even if it involves the Korean American directing five black actors who parody African American stereotypes onstage.

Named “one of the best experimental playwrights in America” by Time Out New York, Lee, at just 36, has catapulted onto the national stage with a  subversive style known to upend audience expectations in plays the New Yorker dubs “as personal and probing as they are utterly demented.”

“It’s more about taking the audience out on a ride than it is about telling them a story,” said Lee, the recipient of a 2007 Emerging Playwright OBIE Award, during a phone interview from Brooklyn, New York, where she runs her eponymous theater company. “People either really, really love my work or hate it, to the point where they’re angry about it. It’s very rare for people to be dismissive.”

So far, there seems to be more love than hate for a repertoire that includes “Church,” her 2007 work that lampooned the culture of Christian churches, and “The Shipment,” her provocative 2008 race identity play featuring the all-black cast. The latter earned such wide critical acclaim that Brad Pitt’s production company, Plan B Entertainment, approached her to write an original script for a film for Paramount Pictures.

A stand-out in New York theater circles, now Lee is poised to take the other coast by storm, as her equally subversive Songs of the Dragons Flying to Heaven (which premiered in New York in 2006) will make its West Coast debut later this month at San Francisco’s Thick House.

The play, which Lee described as “an Asian American identity politics play that gets taken over by a white couple having a relationship drama,” features four Korean female characters and opens with a video of the playwright being subjected to repeated slaps—an introductory image sure to make audiences squirm as the play heads down even more uncomfortable territory.

“It’s a simple comedy, but it’s not a very traditional work,” said Duy Nguyen, artistic director at the San Francisco-based Asian American Theater Company, which collaborated with Crowded Fire Theater, another Bay Area company, on the production. “[Lee] is not making race simple,” Nguyen added. “She’s attacking both white folks and Asian folks and calling it how she sees it, which is [that] both [groups of] people have a part to play in race politics and both manipulate it for their own gain.”

He called Lee one of today’s most popular and controversial artists, Asian American or otherwise. “For Asian Americans, the most valuable thing she’s done is taken the Asian American out of the equation,” he said, referencing “Songs.” “Don’t let ethnicity limit you. It should let you see the world from an additional angle.”

It’s an angle perhaps largely informed by Lee’s own upbringing as the only child of an evangelical Christian couple growing up in eastern Washington state, where she felt a gulf between herself as the lone Asian and those around her.

“I think by nature I’m not a particularly depressive or alienated person. I actually feel pretty normal or ordinary,” says Lee, who emigrated from Korea with her family at age 2. The family first settled in Shaker Heights, Ohio, before moving to Washington, which she described as much less diverse and racially segregated. “I think growing up so alienated, it really just changed my personality, so I have this double side now. I feel that’s kind of my voice: the voice of the alienated, marginalized person.”

An English major at the University of California, Berkeley, Lee dropped out of the Ph.D. program there to pursue play writing in New York, later earning an MFA from Brooklyn College.

Her approach to creating work, she said, is predicated on the idea of “what’s the last thing in the world [she’d] ever want to do.” “I feel like I’ve had this real problem with complacency,” she said. “I feel in some ways you come into a theater, and you sit there and are massaged, so everything you believe is reaffirmed that contributed to that state, and I’d kind of like to shake that up.”

In that vein, she is again pushing the envelope with her next piece: going onstage in April for a one-person song-and-dance show about failure, titled We’re Gonna Die, featuring accompaniment from her band, Future Wife. But she’s not exactly looking forward to it, given her preferred role as one
who likes to watch, rather than be watched.

“It sucks because I’m just not a performer,” she said. “It’s very uncomfortable for me, but I’m learning a lot, and I like sort of these impossible challenges. I’m trying to figure out how to make a show that’s interesting.” 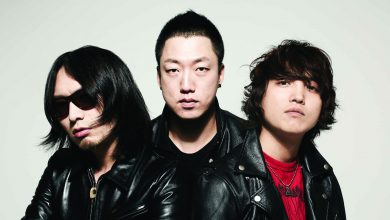 Our favorite indie rok bands, Vidulgi OoyoO, Galaxy Express and Idiotape are really breaking away from Hongdae and making the rounds in America! During their stay in States, the […]