Golfer Y.E. Yang shot a 68 in the opening round to take an early lead at the U.S. Open golf championship

Rory McIlroy posted a 65 to take a three-stroke lead over second-place Yang.

Choi Si-won recalls that even on a rainy day, the Paris venue was bedlam, with thousands of screaming fans packing the street outside a concert hall.

North Korea delivered a message on Thursday demanding that South Korea repatriate nine North Koreans who defected by sea over the weekend, warning that the South’s failing to do so would worsen inter-Korean relations, Seoul officials said.

Korean-born American football player Hines Ward will be made an honorary ambassador for South Korea to promote relations between the two countries, sources said Thursday.

Swan Oyster Depot was next to my father’s bookstore. That is a really great place. It has like five seats; it’s really annoyingly small. The food is so good, it’s like, ‘Why are you so f*cking small?’

David Choi Covers Coldplay’s ‘Every Teardrop is a Waterfall’

Traces of Dioxin Found Near U.S. Base in South Korea
New York Times

Trace amounts of dioxin have been found in water samples taken near an American Army base in South Korea, according to a joint investigation into alleged chemical dumping that analysts said could have repercussions for the alliance between South Korea and the United States. 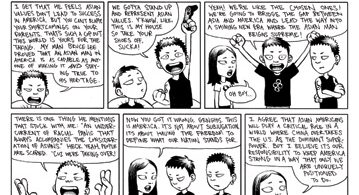