In celebration of Hello Kitty’s 40th anniversary, Japanese company Sanrio is throwing the world’s first ever Hello Kitty Con this weekend, starting today. Yes, there is a plethora of over-the-top cuteness to gawk and squeal at, but before you get overwhelmed, follow my guide below to ensure you get to the best stuff before anyone else.

Oh, and if you’re not one of the lucky ones who managed to your hands on a $20 ticket – they sold out weeks ago – you can still check out the Japanese American National Museum’s special exhibit “Hello! Exploring the Supercute World of Hello Kitty,” going on now through April 2015. And you can get your hands on some exclusive anniversary limited edition cuteness at Target and Sephora.

But if you are going to the convention this weekend, here are my picks for the top five things you have to do at Hello Kitty Con.

As soon as you enter the indoor convention area, turn right and head toward the Super Supermarket. Once you’re in the Supermarket, make another right and head over to the artist signing area. Not only can you get Sanrio artists to personally draw and sign a Sanrio character just for you, but if you’re lucky, you’ll meet Yuko Yamaguchi, Sanrio Tokyo’s Hello Kitty Head Designer, who will be there to personally draw, sign and distribute supercute pictures to her fans. The wait can get as long as two hours, so put in your request fast and then pick up later after perusing the rest of the Supermarket. You can pick up stuff from Sephora, jewelry designer Chan Luu, Beats by Dre, or cute Asian American-owned lifestyle brand Poketo.

2. Dream Carnival inside Target Presents: The Adventures of Hello Kitty and Bullseye

This special section inside the Target room (located on the opposite end of the convention from Super Supermarket) lets you play games, win points and redeem for cute prizes ranging from Hello Kitty T-shirts to the Hello Kitty con exclusive Target Bullseye Dog dressed in a removable pink Hello Kitty track suit. The games are easy enough for most kids and you can play them as much as you want, racking up points. Just activate an RIFD card in minutes and play on!

While you’re in the Target room (#HelloKittyCon@Target), head over to the Floating Photobooth. There are three scenarios to choose from – Underwater Exploration, High Flying Fun and Outerspace Odyssey. Just enter your email and pose! You get a cute little gif as a nice souvenir. (Just try to be more creative than we were. That camera shoots super fast!)

Who is Masako Kojima, you may ask? Only Sanrio Tokyo’s vey own resident nail designer! And she’ll be here to personally do up your nails with some seriously irresistible Hello Kitty custom nail art.

She’ll be performing performing daily in a sneak peek of Sanrio’s new live entertainment show Hello Kitty’s Supercute Friendship Festival, but she’ll also be popping up in the Friendship Village so be sure to get your photo snapped with her highness of supercute! (Can’t find her? No worries! Kawaii cuteness abounds and everyone is more than happy to pose with you.)

And an honorable mention: the 3D printer Makerbot will be printing Hello Kitty figurines, and if you’re lucky, you’ll be able to take one home!

Check out some more of the supercuteness at the convention below: 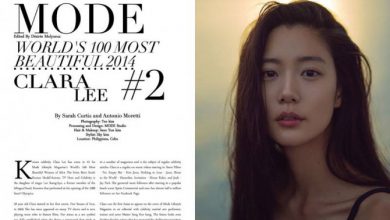