By now, you’ve probably heard of the legendary filmmaker, Hayao Miyazaki and his award-winning animated film Spirited Away (2001). Some other Miyazaki fan-favorites that come to mind include My Neighbor Totoro, Howl’s Moving Castle, Princess Mononoke and Ponyo (If you haven’t seen these yet — go watch them! They’re classic Miyazaki and beautifully rendered).

But apart from these five, how many other Miyazaki films are well-known? With so many Miyazaki films, the average movie-watcher may not bother with films beyond the fan-favorites, but many of the lesser-known films are definitely worth your time. The more you get into Miyazaki’s world, the more curious it gets.

In honor of famous filmmaker Hayao Miyazaki receiving an honorary Oscar last November 8th at the Governors Awards ceremony, here are five of our favorite Miyazaki films that often fly under the radar.

Nausicaa of the Valley of the Wind is Miyazaki’s second feature film, and its animation, especially in the 1980s, is impressive. In fact, this is the very film that led to the creation of Studio Ghibli. The film is set a thousand years after an almost-apocalyptic war forces mankind to live in a polluted forest filled with huge insects. Luckily, the princess of the Valley of the Wind recognizes the importance of preserving the forest and its environmental significance.

Kiki’s Delivery Service is often known as the most popular with mainstream audiences, but it’s on this list because many core Miyazaki fans may not regard it as such. While there might be less drama, the basis of the film is its focus on character. The story is of Kiki developing a sense of independence and confidence though her delivery service (by broomstick) in a faraway city.

Castle in the Sky is an epic fantasy story with beautiful animation adornment. Not only was it Miyazaki’s third feature film, it was also one of the first to put Miyazaki on the map for being an excellent storyteller. The film is of an orphan girl who inherits a crystal that links her to Laputa, a legendary kingdom. During the adventure, she crosses paths with a brave young man, evil forces and ancient technology.

Often referred to as Miyazaki’s strangest movie, Porco Rosso is on the opposite end of the spectrum compared to Kiki’s Delivery Service. An Italian pilot/bounty hunter has a curse that gives him a pig’s head in place of a human head. As he navigates his life in the early 1930s, Miyazaki gives us plenty of gorgeous airplane and aerial shots.

Right to the beginning is Miyazaki’s first feature film Castle of Cagliostro. Lupin III is a criminal genius and sly thief who accidentally steals counterfeit bills from a casino. He traces the money to a small country, where he and his ninjas team search for a fortune and save a damsel. As Miyazaki’s first film, the animation techniques are a bit unrecognizable, but there’s something about all Miyazaki films (this one included) that capture a sense of wonder and adventure. 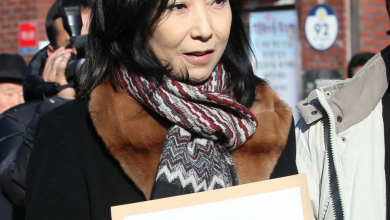