Asian Americans and Pacific Islanders are a tough, hard-working, creative bunch. While Hollywood struggles to catch up with the times, more and more courageous filmmakers like the ones listed below are taking matters into their own hands. Check out our top Asian Pacific American-directed indie films of the year:

Justin Chon’s harrowing, candid film “Gook” tells the story of two Korean American brothers’ relationship with a young black girl set against the backdrop of the 1992 Los Angeles riots, which rocked the city and tested its resolve. The film emerged as a critical triumph that won the 2017 Sundance Next Audience Award and showed the world Chon’s dedication as a filmmaker.

Danny Pudi stars in this heartfelt, comedic immigrant story about a young Indian man in the 1970s who takes himself and his engineering degree to America, only to find that things are not all sunshine and rainbows in the Land of Opportunity. Moreover, he must convince his family and the girl he loves that he’s achieved everything he’s dreamed of.

A young cowboy with big rodeo dreams loses everything as a near-fatal injury forces him to give up riding. Now without that which gave him a sense of identity, he must find a new path to personal fulfillment. Chloé Zhao’s poignant story of loss is also nominated for Best Feature at the upcoming Independent Spirit Awards.

Two unlikely people make a heartfelt connection in this film by Kogonada. It tells the story of Jin (John Cho), a Korean American translator who finds himself stuck in the city of Columbus, Indiana, when his estranged father takes ill. He meets Casey, a Columbus native with a penchant for architecture, and the two bond as they explore the city, a mecca for modernist architecture.

Kumail Nanjiani co-wrote “The Big Sick” with his real-life wife, Emily V. Gordon. The film follows the true story of how they met and fell in love, in spite of disapproval from Nanjiani’s strict Pakistani family while Gordon suffers from a mysterious, and nearly fatal, disease. “The Big Sick” was nominated for Best Screenplay at the Gotham Independent Film Awards, and Best First Screenplay at the Independent Spirit Awards.

I Am Another You

Chinese filmmaker Nanfu Wang shadows Dylan, a bright-eyed, 22-year-old homeless wanderer, in this documentary that takes her and her audience across America to explore the meaning of freedom and its limits. The film won the SXSW Chicken and Egg Award for Best Documentary Feature and the SXSW Special Jury Award for Excellence in Documentary Storytelling.

In “Lovesong,” stay-at-home mom Riley goes on a road trip with her daughter and her best friend Mindy, and the two wind up falling in love. So Yong Kim has been nominated for the Bonnie Award at the Independent Spirit Awards, and her most recent film “Lovesong” is a story of friendship and desire. 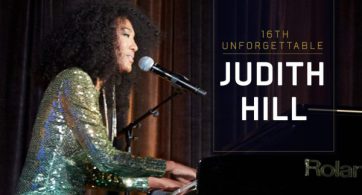