President-elect Donald Trump is considering Debra Wong Yang, the first Asian American woman to be named as a United States prosecution attorney back in 2002, as the next chair of the Securities and Exchange Commission.

If appointed, Yang, 56, would be Wall Street’s top enforcer and the fourth female SEC chair in history, preceded by Mary Jo White, who was appointed by President Barack Obama in 2013, according to Bloomberg.

Yang, a fourth-generation Chinese American and Republican, served as president of the Chinese American Museum in Los Angeles — her hometown — before becoming a California state judge and subsequently a United States attorney appointed by then-president George W. Bush.

An expert in litigation, Yang currently serves as a partner at Gibson Dunn & Crutcher LLP and recently defended ride-sharing company Uber in a class-action lawsuit filed by drivers who demanded they be treated as employees rather than contractors.

According to the Wall Street Journal, Yang is not steeped in financial policy making, which is the biggest role of the SEC chairman, and her consideration comes at a time in which Congressional Republicans are pressuring the SEC to loosen its grip in terms of oversight of private-equity firms.

“My job is to interface with government regulators and provide oversight and strategy,” Yang told the Daily Journal, a legal newspaper, in September. “I don’t necessarily participate down in the weeds.”

Yang, who resigned from her position as U.S. attorney in 2006 while leading a corruption investigation of Rep. Jerry Lewis, told Boston College Law School magazine that leaving her position had nothing to do with her caseload. “When you’re starting to borrow money from your mother to pay the mortgage, it’s time to leave the government,” she said.

Other candidates for the position include securities lawyers Paul Atkins and Ralph Ferrara, according to the Wall Street Journal. 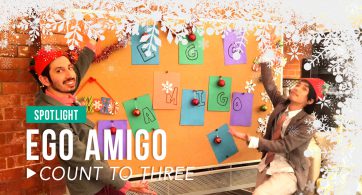