As Libyan rebels try to talk the country’s remaining loyalist forces into a peaceful surrender, their wackiest member, UCLA student Chris Jeon, is reportedly planning to head home soon. Jeon has been living with the fighters for several weeks, and has become the fascination of many stateside who think he’s an imbecile, a daredevil, or both. On Tuesday, The National’s Bradley Hope tweeted: “Parents of #ChrisJeon told me he is safe and heading back soon. He was unaware that there had been any news about him for the last week.”

About a week ago, Cody Soto and Ross McCray dropped their close friend Chris Jeon off at Los Angeles International Airport.

Soto had one thought on his mind: “I just watched my friend go into war. Did I just do that?”

The plan: join the rebel movement against Col. Moammar Gadhafi’s in Libya. Jeon, a math student at UCLA, had a camera, a small backpack with a couple sets of clean clothes and a one-way, $800 ticket. Soto and McCray tried to talk him out of it, but Jeon – a high-adventure spirit who has apparently also spent four months living with an indigenous tribe in Costa Rica – had his mind made up.

The Pittsburgh Steelers’ final 53-man roster includes all the usual names, including captains Ben Roethlisberger, James Farrior, Hines Ward and Arnaz Battle. One name, however, raised some serious eyebrows on one of the NFL’s most stable teams.

Hines Ward has plans if he finds his way to the end zone Sunday at M&T Bank Stadium. “If I score,” the Steelers wide receiver recently said with a smile, “I’ll give a ‘Dancing with the Stars’ tribute.”

Ward needs only 46 catches to become the eighth player in NFL history with 1,000 career receptions.

I am 25 years old and I’ve been performing since I was 15. Back in the early years Asian-American musicians were obviously not as visible as they are today. We’re talking the “pre-YouTube” era, where we were only getting paid gigs by playing for college organizations. Some of the artists I would run into regularly were Beau Sia, Denizen Kane, PK, Jupitersciples, Far-East Movement, Danny Cho, Ken Oak Band, Eddie Kim, Nemo, Burning Tree Project, Snacky Chan, Jin, etc. Since then YouTube has expanded and created huge fan bases for the AA community and has played a great role in the transitioning of AA artists into the mainstream.

North Korea’s Kim does not trust China: US cable
AFP via Google News

North Korean leader Kim Jong-Il expressed distrust of his country’s major economic prop China during a 2009 meeting with a visiting South Korean businesswoman, according to a US diplomatic cable.

Hank Conger couldn’t really see tangible results Friday behind the plate, but he knew he was on the right track.

Even though he bounced a couple of balls while throwing to second base, Conger noticed his footwork was better. That’s appropriate because his defensive progress has come in short steps for the young catcher, who has been under the tutelage of bullpen coach Steve Soliz and bullpen catcher Tom Gregorio to improve throwing technique.

With Chuseok, Korea’s Thanksgiving, happening this weekend, new businesses have sprung up for people torn between the need to follow traditional customs and the desire for an easier and relaxed holiday.

One of the important Chuseok rituals is beol-cho, an annual event where relatives get together several days before the holiday to tidy up ancestors’ grave sites with overgrown weeds. Some people find it increasingly cumbersome because they have to make an hour-long trip to the countryside to join it, not to mention a possible danger from using the hand-held mowing device that a city-dweller is generally not used to.

Soon after a farming area was chosen to host the 2018 Winter Olympics, the government angered villagers by banning most land sales, and resort jobs never materialized.

Known for his infectious happiness, big personality and love for his Korean heritage, cooking and sports, Wonwoo Choi was a model of positivity to his many friends and teachers.

Choi, a student in USC’s English Programs for Internationals, drowned in the Saluda River Friday evening, according to Richland County Coroner Gary Watts.

The music scene in Hongdae, whether it be hip-hop, punk or indie rock, is growing at a rapid speed with more music clubs now than ever before. These five best Korean indie rock bands are reason enough to drag yourself out to a club in the most youthful part of town.

Embattled top Seoul educator Kwak No-hyun said Thursday he will continue to work with a “sense of grave responsibility,” rebuffing calls for his early resignation over ever-growing bribery allegations.

Here on a mission to teach and learn, three South Korean students are taking their time to explore the American education system and acclimate to the new environment before they have a chance to take on the role of teacher in one of Sky View’s classrooms.

Dan Bi Park, So Young Cho and Hye Mi Jang traded one of their senior semesters at Seoul National University for Sky View High School in Cache Valley, where they will have a chance to learn about American culture and education, as well as introduce a little bit of South Korea to the local high school.

Chinese American offensive lineman Ed Wang was released by the Buffalo Bills in the final round of cuts last week. Wang starred at Virginia Tech as a left tackle and was drafted in the 5th round of the 2010 NFL Draft. 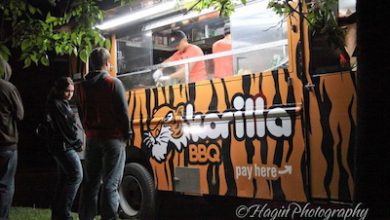 Photo via Hagin Photography by David “Rek” Lee New Yorkers are notorious for being all about their city and oblivious to anything beyond it. This was best exemplified by […]