[Kal] Penn points to shows like Modern Family and Community as evidence that the viewing culture has shifted. [John] Cho says he’s been getting different questions from journalists this time around.

For the first two movies, he says, the characters’ race “was all we talked about. I learned that’s what people clock first, the color of a person. This time, we’re not necessarily talking about the politics of race in America – I’m not sure actors are the best people to talk about that – and when we are, the questions don’t overwhelm the discussion.”

At 39, Cho is also substantially older than his Harold & Kumar character. But perhaps because of how the franchise’s audience skews, both actors feel like they’ve gained insight into the way younger people see the world, an experience that’s left them with surprisingly optimistic worldviews.

The success of the movies, Cho says, “speaks to a different tone in the country. For the first movie, it was months and months of justifying why there was a Korean guy and an Indian guy in a theatrical motion picture. There’s no need anymore. It’s been done.”

Elected officials and political insiders pay close attention to this arcane process of map-drawing, because they understand well that new district lines could result in major shifts of political power.

As civil rights advocates, we see redistricting as the once-in-a-decade chance for communities of color to secure political influence that is commensurate with their numbers.

Get It In by Tasha Reid (aka Yoon Mirae)
channel APA

Coming out of Korea is Tasha Reid’s (aka Yoon Mirae) homage to Quentin Tarantino’s Kill Bill with the music video for her single “Get It In.” Opening up into an unparalleled world of music and virtual mayhem, it features action packed bloody scenes with swordplay as she take on multiple enemies. She’s showing that she’s a true woman warrior.

Tasha, as the protagonist and heroine, controls the confines of her existence with the swing of her sword, kicking ass and fighting off tuxedo suited villains. Once she passes the underlings, Tasha faces the big boss Tiger JK of Drunken Tiger (who is her real life husband). He makes his defiantly late entrance, proceeding into a storm-struck battle of the-hip hop beaux. Complete with wire work and special effects, this is one high value big production.

The search for three missing South Korean mountain climbers at Annapurna, one of the highest peaks in the Himalayas, ended Saturday after 12 days without success.

Park Young-seok, one of the country’s most renowned summiteers, and two fellow climbers went missing on October 18. His last message via satellite phone said his team had a hard time climbing down due to heavy avalanche.

Since the last contact, the Korean Alpine Federation and local Sherpas launched a risky search operation, believing that they might have been trapped in a crevasse, to no avail. The search team only found a rope and climbing nail buried under snow, both believed to belong to the missing climbers.

On Sunday, a memorial service was held at the Annapurna base camp at an altitude of 4,200 meters. It was attended by the search team and family members who flew in from Korea.

Korea’s rate of diabetes-related deaths is the highest of the Organization for Economic Cooperation and Development nations.

Diabetes-related deaths per 100,000 persons were 35.5 in South Korea, more than twice the 13.7 average of OECD nations. Japan’s rate is 5.9 and England’s is 7.5. Korea’s rate is almost twice that of Germany’s 16.6 and significantly higher than the U.S.’ 20.9 even though both of those nations have high numbers of diabetes-related deaths.

The oblong helium balloon rose into an ink-colored sky Saturday, released by a dozen hands just south of one of the world’s most fortified borders, its precious cargo bound for North Korea.

Yet unlike countless balloon launches that shower the north with pamphlets and political screeds criticizing Kim Jong-il’s secretive regime, this one carried a different kind of payload: socks.

In all, hundreds of pairs of foot coverings were lifted heavenward by 10 balloons: little pink baby footies and large black and blue ones for growing children and adults -– all headed for impoverished residents facing another winter.

The socks also carried a message: Hang on for dear life.

How to rock Ajumma style
Korea.net

Are you an ajumma (아줌마)? Ajumma is the familiar term for “married woman”, but also the general moniker in calling an older woman, regardless of marital status. It’s not just a name, though. It’s much more than that; it’s a title, a state of mind, a complete lifestyle. All Korean women seem to be born with the ajumma gene which surfaces naturally after 3 months of becoming one, and whose traits become stronger and stronger as time goes by.

Ajummas have their own distinctive style, something that also seems to be automatically released upon marriage, but if you’re an ajumma who just isn’t fitting in, or in need of some extra oomph, here are a few tips to make your outer (and inner) ajumma shine!

What does the United States think of Girls’ Generation?
CNNGo

With the girls’ U.S. album being released today, we asked a selection of Americans across the country what they make of all the K-Pop fierceness.

Winner of Taiwanese “Emmy”: “I’d like to thank my iPhone”
via Yahoo News

During the recent Golden Bell Television Awards last month in Taipei — Taiwan’s equivalent of the Emmy awards — Huang Ming-chan, who won one of the top prizes in the director categories, gingerly walked up to the stage and snapped a cellphone photo of himself (over the shoulder) while approaching the podium.

The 40-something director then took another cell phone from his other jacket pocket and started reading congratulatory email messages and smiling to himself, totally ignoring the audience before finally addressing the 5,000 people in the auditorium — and on national TV — by reading his acceptance speech from the screen of his iPhone.

This is the case that never ends. That’s what happens when 53 people are involved in an identity theft ring.

A Fort Lee man was among four people who pleaded guilty Tuesday in connection with an identity theft and bank-fraud ring that was the target of a federal investigation last year, authorities said.

Increased immigration from South Asia helped fuel the rapid growth in the number of Asian Americans over the last decade as well as an influx of Asians to states such as Nevada, Arizona, North Carolina and Georgia, according to an analysis of U.S. Census data released Wednesday. 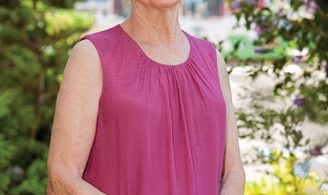 Mary Connor, founder of the Korean Academy for Educators, receives the Prime Minister’s Citation for promoting Korean history and culture in the U.S. story by Katherine Yungmee Kim photographs […]