The Mentalist Actor Plays It Straight
The West Australian

When you’ve played a character day-in, day-out sometimes those traits start to seep off camera into real life.

It might be just to prank your friends but at other times it’s totally unconscious.

Actor Tim Kang has found himself sitting at a bar with a friend and without noticing it will effortlessly lapse into the totally deadpan look of Kimball Cho, his character in The Mentalist.

“I’ve been in this character for four years and live with the other characters for 10 months of the year and that guy does manage to slip into my life,” Kang says.

“I’ve done it with friends and they look at me strangely. I snap out of it and realise that’s what Cho would do.

A Korean-American, Choe had been chief of staff for Liu when Liu was a councilman. Choe quit to run for the council himself in 2009 but continued to work on his former boss’ campaign for comptroller.

He left the Liu campaign after reports emerged that in 2006 he told a conference on the “Global Struggle for Socialism” that North Korea was “at the front line of the liberation struggles against imperialism.”

At the time, Liu denied that Choe had made the comments, calling him a victim of “McCarthyism.”

With Liu planning to run for mayor in 2013, Choe was perceived to be a political liability.

Margaret Cho: Why I’m Married To A Man But Call Myself Queer
Huffington Post

Often people are curious about the fact that I am married to a man but call myself queer. It’s because I have had sex with more than one person, and I had unmarried sex quite a few times, and roughly half the people have been men and the other half have been women, and then there were a few people in between those genders who identified in differing ways, so it’s up to me to define myself, too, and so that would be queer. It’s the most fitting description, short and concise, and really to-the-point. I don’t know why it’s a difficult concept to understand. Most of the people I know have had sex with more than one person, and many have sex outside marriage. I just happen to have had it with people all along the gender scale.

A Los Angeles karaoke club is looking for a few good hostesses, but they must be both “EXTRA THIN” and “fragile.” Read on for the full — and fully upsetting — Craigslist posting.

How far away do Kim Jong Il’s relatives have to be to live a normal life?

His teenage grandson Kim Han Sol just found out that neither Macau nor Bosnia are far enough.

Last week, the Bosnian embassy in Beijing confirmed that the younger Kim, a 16-year-old high school student in Macau, had been granted a visa to study at a private high school there.

Kim Han Sol is a son of Kim Jong Nam, the oldest son of Kim Jong Il, who has lived in Macau for many years after being apparently rejected by his father as a potential successor to lead North Korea.

The news that his son was heading off to boarding school prompted a media frenzy in South Korea, where the palace intrigue around the North Korean dictator’s family is always good for headlines.

The driver of a motorcycle who was killed in a collision in Salinas on Saturday night has been identified as Sung Kim, 46, of Marina.

Salinas police said Kim was riding westbound on West Rossi Street at 10:09 p.m. when a Honda Accord being driven eastbound by a 17-year-old abruptly turned into the path of the motorcyclist, colliding with Kim, who sustained fatal injuries.

Hines Ward will be dancing with some other stars Thursday.

The champion of ABC’s “Dancing With the Stars” is a co-captain of Dinner and Dancing With Steelers: Steelers Style 2011, the organization’s annual fashion show event. Players will have an opportunity to show off their fancy footwork while donning tuxedoes, business suits and casual wear before a predicted sold-out audience of Terrible Towel-waving fans on Thursday at Heinz Field.

Instead of his “Dancing With the Stars” partner, Kym Johnson, Ward will accompany his 7-year-old son, Jaden, down the runway. Ward says he is not going to wear any of the shiny, sparkling outfits from the show.

“I miss (‘Dancing With the Stars’) a little bit,” says Ward, a Super Bowl MVP and Pro Bowl selection. “I watched the show the other night. I had fun doing it, and it will be fun to make some moves down the runway. I don’t plan on giving any dance lessons to my teammates. They all have their own moves.”

The line between theater and religion is rubbed out beyond recognition in Single Carrot Theatre’s fascinating but flawed production of Young Jean Lee’s Church. Single Carrot’s long, narrow performance space is painted black—walls, floor, and ceiling, all black. A single spotlight shines on a scarred wooden pulpit; up to this lectern steps the Rev. Jose (Aldo Pantoja), a trim young man in a tailored gray suit, white shirt, and paisley tie. On the screen behind and above his head, a round, stained-glass window appears and begins to swell and shrink with the pulses of bright light shining through it.

When I was 7 years old, I ran into my older brother’s room in fear that I would be struck by lightning from the developing storm outside.

He comforted me and told me everything would be OK. After that incident, I thought of my brother as my hero and wanted to do everything he did.

But because of our nine-year age difference, he was able to do everything before me and set what I call “unrealistic dreams.” 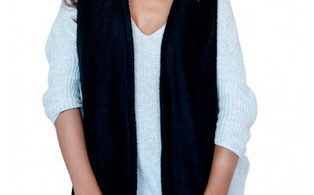