Do you tweet? If you don’t, why not? It’s the greatest time suck research tool of all time.

There are a ton of awesome KAs on Twitter. If we made a master list, it could go on for miles.  Here are some that stand out. These twitterers are either hilarious, insightful or just all-around interesting to follow.

@bobbyhundreds
The founder of streetwear superbrand The Hundreds is arguably one of the funniest guys on Twitter. His daily musings are so sharp-witted and well-executed that it’s no wonder why he has a following of nearly 14,000.    Sample tweet: “Watching Dances with Wolves. This is such an Avatar rip-off but with flesh-colored people.”

@suchinpak
The MTV News correspondent and co-anchor of “G Word” on Planet Green live-tweets her incredible assignments. She was just in Haiti reporting on the victims and heroes of the tragedy, and spreading the word on how we can help.
Sample tweet: “woman helicoptered from haiti to uss carl vinson. gives birth on deck. her son’s name? VINSON! many miracles here.”

@thedelicious
Food blog star Sarah Gim is just as brilliant with words on Twitter as she is on her popular website The Delicious Life. Aside from what she ate (and what she wants to eat), she also tweets about day-to-day life with the self-deprecating humor her followers love.
Sample tweet: “got a message about how amazing i look in a new pic….aaand it’s a picture of my sister. ok. that’s gonna cost me two hours of therapy”

@dannychun
Danny Chun’s Twitter bio sums up his feed pretty well: “Writer for The Office. Used to write for The Simpsons. Most interesting guy I know.” His tweets are endlessly arrogant but that’s part of the fun. His followers take it as a compliment when he roasts them publicly.
Sample tweet: I feel like I should make my Twitter acct more personal, more approachable. To wit: I just pooped.

@AnnieTown
Annie Choi, author of the funny memoir Happy Birthday or Whatever: Track Suits, Kim Chee, and Other Family Disasters, is random and spastic, which is why we like her. We also like her because her Twitter background and profile picture is of Tom Selleck as Magnum, P.I.
Sample tweet: “I don’t understand football and I’m ok with that. No no please don’t explain it, sir, I’m ok. No no I mean that. Oh u r explaining.”

@angryasianman
Because as a righteous Asian American, you just have to follow Angry Asian Man writer Phil Yu. His daily feed is for anyone who loves staying up-to-date with late-breaking AA news.
Sample tweet: “philadelphia students march to end violence: Yesterday in Philadelphia, about 250 people commemorated Martin Luther …”

Any add-ons of your own?

Don’t forget to follow @KoreAm on Twitter, too! (Pssss … If you act now, you can be our 500th follower!) 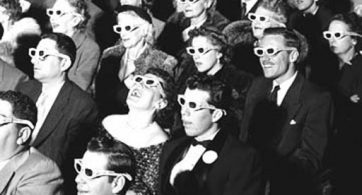 3D technology has become the new “it” thing amongst the technology and entertainment industry. And as Avatar fast approaches a new attendance record in South Korea, the motherland is […]