Daniel Dae Kim and Grace Park are this year’s Ultimate Drive Award recipients at the 16th Unforgettable Gala, presented by BMW. The event will take place inside the historic Beverly Hilton on Dec. 9, 2017.

Earlier this year, after seven seasons as Detective Lt. Chin Ho Kelly and Officer Kono Kalakaua on CBS’ “Hawaii Five-0,” Kim and Park left their roles when they ran into dispute renewing their contracts with the network. In the process, the pair, who failed to come to a deal that would have given them the same salary as their co-stars, spurred a much-needed discussion on pay parity in Hollywood.

Later Kim, writing on his Facebook, stated: “The path to equality is rarely easy. But I hope you can be excited for the future. I am.”

He had a lot to be excited for — Kim, who rose to stardom during his turn as Jin on ABC’s long-running “Lost,” has added the role of “producer” to his name. Through his company 3AD, Kim brought “The Good Doctor,” a remake of the hit South Korean drama of the same name, to ABC this year. The show has emerged as a ratings monster, rising to one of network television’s most-watched programs halfway through its first season.

Kim’s latest acting project, the “Hellboy” reboot due out next year, will see him taking on the role of Capt. Ben Daimio.

Park is also known for playing Boomer and Athena on the cult sci-fi series “Battlestar Galactica,” for which she was named one of TV Guide’s “100 Most Memorable Moments in TV History.” As Kono, she was nominated for Choice TV Actress: Action by the Teen Choice Awards in 2011 and 2012.

She will next appear in the indie film “Public Schooled.”

#Cousins #reunited. Until next time, #Vancouver!

As the presenting partner of the 2017 Unforgettable Gala, BMW of North America continues its longstanding commitment to celebrating diversity.The gala is also supported by gold sponsors Private Internet Access and Pechanga Resort & Casino, along with silver sponsor M&L Hong Foundation. A teaser for the film “Beats of Paradise,” directed by Livi Zheng and executive produced by Julia Gouw, will officially launch at the Unforgettable Gala. 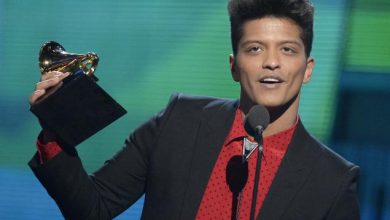 Bruno Mars was the star of the night — even from thousands of miles away. The 32-year-old singer-songwriter, instrumentalist and multi-talented entertainer couldn’t make it to last night’s American […]