In a continuing initiative to reach out to minority communities, the USA Swimming Foundation has released its first Asian American Cultural Inclusion Resource Guide to encourage Asian Americans to swim and give them access to resources.

According to the guide, 66 percent of Asian Americans do not know how to swim, compared to 40 percent amongst white Americans, which can increase the frequency of drowning deaths within the community. To improve the group’s interest in the sport, the guide contains features of Asian American Olympic medalists such as Nathan Adrian and Natalie Coughlin.

This effort to reach out to minorities was spurred by the organization’s 2010 study on African American and Hispanic children, which revealed that these populations also exhibited a significantly lower proportion of individuals who know how to swim. According to the study, major factors behind this discrepancy were a lack of resources and role models.

“It’s really trying to create communication and education between USA Swimming and the community we’re trying to reach to understand what’s the motivation and what are some of the barriers, and trying to create ways to collaboratively figure out how to bridge the gap and attract them to the pool,” USA Swimming programs and services director Mariejo Truex told NBC News.

USA Swimming said its efforts to reach out to minorities are meant to break barriers in what is often seen as a largely white, upper-middle class sport. The organization has also released cultural inclusion resource guides for the LGBTQ, African American and Hispanic and Latino communities, and plans to release another for Native Americans.

“It’s important to intentionally create environments where swimmers from all backgrounds feel included and important,” Truex told Swimming World Magazine. “Through these guides, the goal is to welcome and encourage diverse communities to our sport.” 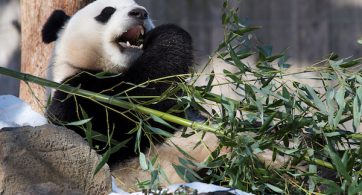