The Vietnamese gothic horror film “The Housemaid” is up for an English remake, with the Oscar-winning screenwriter behind “Precious,” Geoffrey Fletcher, attached to write.

Directed by Vietnamese American filmmaker Derek Nguyen and starring Nhung Kate and Jean-Michel Richaud, “The Housemaid” was a huge hit in Vietnam’s box office upon its 2016 release.

The film is set during the First Indochinese War and follows an orphaned girl who falls in love with the French landowner of a rubber plantation in which she works as a housemaid. The girl faces the wrath of the vengeful ghost of the landowner’s dead wife.

The American version, which will be produced by CJ Entertainment, will be set during the Reconstruction Era in the deep South, according to Deadline.

In 2010, Fletcher became the first African American to receive an Oscar for writing. “The opportunity to reimagine this compelling story in the context of American history is incredibly exciting,” Fletcher told Deadline. 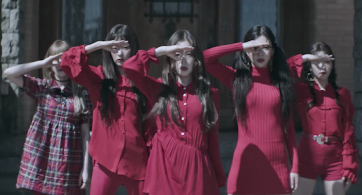 January is over, and while the start of the month made for a powerful start, it closed up with a slew of jams, too. Here’s a roundup of our […]