In a highly anticipated crossover, K-pop group MONSTA X teamed up with American R&B singer Gallant in the mini-documentary “When You Call My Name.”

Produced by Rakuten Viki and Soompi, the Viki Original — out Monday on Viki and Soompi — will show the artists meeting for the first time. Despite the language barrier and cultural differences, they will share their beginnings, dreams and inspirations. The documentary will also feature a special acoustic duet of MONSTA X’s 2017 track “Beautiful.” Gallant will also put his Korean skills to the test in the 20-minute documentary.

MONSTA X first hit the K-pop scene in 2015 with “Trespass.” They’ve gone on to acquire several awards, including the Best Entertainer Award at the Asia Artist Awards and Next Generation Asian Artist at the Mnet Asian Music Awards. They will be the first and only K-pop group ever to perform at iHeartRadio’s annual Jingle Ball event this year.

Gallant previously collaborated with Epik High’s Tablo and Eric Nam on the single “Cave Me In.” In 2017, he was nominated for Best Urban Contemporary Album at the Grammy Awards for his album “Ology.” He’s also collaborated with Asian American artists Jhene Aiko and Zhu.

Check out the trailer here: 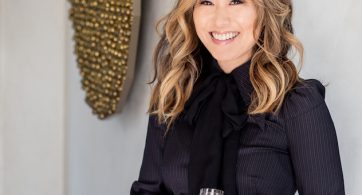 Ann Soh Woods is the founder of Kikori, one of the first Japanese rice whiskeys — that’s whiskey with an e, owing to it being produced for the American […]