Numbers don’t lie — China has become one of the world’s leading film markets, a multi-billion dollar industry, which over the next couple of years may even surpass North America in box office numbers.

As China’s box office numbers grow, so has its cultural reach, even all the way to the states. We’ve seen its influences from the Wu-Tang Clan, who derived their name from a 1983 Hong Kong martial arts film, “Shaolin and Wutang,” and “The Departed,” the Oscar-winning film that was adapted from 2002’s Hong Kong hit, “Infernal Affairs.”

Lucky for us, film gems hailing from China are still available for viewing via our trusty streaming portal, Netflix. We’ve put together a starter pack for those unfamiliar with the country’s film styles and genre, which range from kung fu to action to noir. They’re rich in detail with complex cinematography. Plot-wise, they might require multiple viewing in order to fully understand, as they’re much slower paced than our usual popcorn flicks, but always worth the second or third watch:

This film is based off a real-life tragedy that took place in 2011 when two cargo ships carrying 13 crew members were ambushed and killed by a notorious drug gang run by Naw Kham, a Burmese drug lord and pirate who has since been tried for the crime and sentenced to death. The ship was passing through The Golden Triangle, a major trading route through a dangerous section of water where Myanmar, Laos and Thailand meet. Pirates and gangs roam there as drugs are routinely smuggled through the channel.

“Operation Mekong” kicks off when dead bodies wash up in a quiet village along the Mekong river. Narcotics officer Gao (Zhang Hanyu) and undercover agent Fang (Eddie Peng), along with a team of special agents, are put to the task of uncovering the truth about the mysterious floating bodies.


“Operation Mekong” is a slow burner, clocking in at over two hours. However, the film, directed by Dante Lam, a student of the great John Woo, is able to build itself up to an action-packed third act and finale. And to conclude: the film brought home $800 million in the box office, making it one of China’s highest-grossing films that year.

In director Wilson Yip’s “IP Man,” Master Ip (Donnie Yen) is the most skilled and revered martial arts fighter of Foshan, China. He lives a quiet, privileged life with his wife and young son, though he’s challenged to duels every once in a while by local martial arts gurus and fighters from neighboring towns. Not only is he skilled, but he is also humble. He defeats them with respect and kindness and sends them on their way. When Japan invades China on an imperial rampage, his idyllic life is disrupted. Master Ip faces his toughest battle yet, to stand up for his fellow countrymen who had everything — their homes, pride and honor — taken from them.

As Master Ip, Yen gives a controlled and charismatic performance, never breaking a sweat even in fight scenes. He’s a man who values honor and loyalty above pride. With Master Ip, one really can’t help but respect the master.

After repeated assassination attempts by three deadly assassins (Snow, Sword, and Sky), the king of Qin declares a 100-foot rule of distance from any foreign visitors. But when a mysterious man (Jet Li) with no name shows up, claiming he has slain the three assassins, the curious king lets down his guard to hear Nameless’ story. Turns out, Nameless’ past and the dead killers’ paths have crossed in the past, and a bigger plot is in play.

Zhang Yimou’s “Hero” is rich in design, from the set pieces to the costumes, so no surprise that it’s the most expensive Chinese film ever made. Performances by Chinese silver screen legends — actors Donnie Yen, Maggie Cheung, Tony Leung and Zhang Ziyi — round out the ensemble cast and pull their weight as their respective characters.

Please keep in mind one must fully embrace the suspension of disbelief while watching this film. The fighters will flit around the trees as they duel, and while thousands of arrows cascade down upon a calligraphy-cum-martial arts school, the school’s masters will swing their long coat sleeves around and arrows will magically drop to the ground. Still, despite this, the film really is a feat.

Did you see “Shanghai Noon,” the Western-meets-kung fu comedy mash-up starring Jackie Chan and Owen Wilson? There’s a drunken bubble bath scene between Chan and Wilson that is the highlight of the film. Chan’s performance, as he gets drunker and drunker from the game, creating a frenzied match between himself and Wilson while covered in bubbles, yelling at each other raucously, is hilarious.

“The Legend of Drunken Master” might be where Chan discovered his ability to play drunken — but likeable and watchable — characters in action. His comedic sensibility and lightning choreography shines in this kung fu comedy film that brought Chan mainstream success.

Chan plays Fei-hung, a young man with a penchant for getting himself into trouble. Always being game for a fight or smarming his way out of difficult situations is a lifestyle for Fei-hung, but when his father finally gets enough of his son’s ways, he sets him up with the notorious Beggar So, a martial arts teacher known to cripple his students because of his harsh training program. Fei-hung finally meets his match, a teacher who can really show him the meaning of growing pains.

Zhang (Liao Fan), an ex-cop, spends his nights getting piss drunk after working shifts as a security guard. Years earlier, while trying to solve a murder case, an altercation between the murder victim’s brother led to the deaths of Zhang’s partners. When two bodies are found and suspected to be by the hands of the same murderer, Zhang is called back to the badge. A femme fatale — Mrs. Wu, the beautiful and fragile wife of the first murder victim — gets thrown into the mix.

This beautifully shot mystery neo-noir thriller took home the prestigious Golden Bear at the 64th Berlin Film Festival. Tonally, it’s unique. There’s deafening silence throughout the film, made even more noticeable by director Diao Yinan’s unconventional shooting style. Shot in the dead of winter with a mostly dull palette, suddenly bouts of neon lights from store windows and etc., will light up the next frame. “Black Coal, Thin Ice” is a half-arthouse, half-murder mystery, nothing like you’ve seen before, and it is really, really interesting aesthetically and tonally.

There is no better way to bounce back after an eight-year hiatus than to come back and snag the ever-so-coveted Cannes Best Director award. Acclaimed director and comeback king Hou Hsiao-hsien did just that with “The Assassin.” The gorgeous Shu Qi stars as Yinniang, a deadly assassin trained to take down corrupt government officials. This is not your average female assassin popcorn flick. There are no objectifying outfits here, no sweat-drenched, uncomfortably tight clothes or high heels to be seen. More subdued than any of the films mentioned above, its slow pace and minimal dialogue requires close attention. 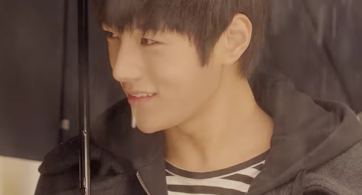