Last year, the publishing industry’s commercial extravaganza known as “Book Con” invited 30 white male authors and one grumpy cat to participate. Unfortunately, Grumpy Cat was the only non-white female included at the entire convention. For many, that was a problem.

There were no panels featuring women or writers of color—“None. Nada. Zilch,” writer Aisha Saeed tweeted in dismay. With that, Saeed debuted a hashtag created by Korean American author Ellen Oh: #WeNeedDiverseBooks. With remarkable speed, “We Need Diverse Books” became a rallying cry for book lovers everywhere seeking to change the default male whiteness (and grumpy cat-ness) of the book publishing industry.

Change the industry it has, by setting its sights on children’s literature, a genre markedly lacking in diversity despite the known impact that reading has on young minds. Over the course of a year, We Need Diverse Books has morphed from a grassroots movement into an official nonprofit led by Oh, and two other co-founders, authors Malinda Lo and Cindy Pon. (Disclosure: the author of this article is also a member of the organization.)

The organization boasts the support of such luminaries as Jacqueline Woodson—winner of the 2014 National Book Award for Brown Girl Dreaming—and 2002 Newbery Medal winner Linda Sue Park, who sit on the nonprofit’s advisory committee. With a trademark secured, We Need Diverse Books plans an inaugural book convention under its own auspices to be held in Silver Spring, Md., in summer 2016.

An overwhelming response to the call for literary diversity prompted the website, Bibliodaze, to name Lo, Pon and Oh, together, among the 10 most influential people in publishing in 2014, rounding out a list featuring powerhouse young adult authors such as John Green (The Fault in Our Stars) and Veronica Roth (Divergent).

Crediting the hashtag, #WeNeedDiverseBooks, for igniting crucial conversations in publishing, Bibliodaze commented: “Many have been discussing the lack of diversity in literature for a long time, but what Oh did cannot be looked over because it was thanks to her efforts that the conversation became as widely discussed as it did. You couldn’t ignore it and that was the point. If that hashtag made even one person seek out a book they wouldn’t have before, it did its job.”

Yet, a critical gap in awareness continues to separate books written by authors of color from the readers most likely to want to read them. Certainly, there are bestselling exceptions. Along with Woodson’s book, for example, there is Sherman Alexie’s The Absolutely True Diary of a Part-Time Indian, and Sabaa Tahir’s recently published dystopian tale, An Ember in the Ashes.

Nonetheless, shifts within the publishing industry have resulted in drastically fewer authors receiving support through marketing, and the nature of consumer-driven publicity tends to relegate “diverse” books to the bargain bin. The resulting perception—that books by authors of color about like-minded characters are somehow not as good as books written by white authors defaulting to white protagonists—also needs to change.

To this end, We Need Diverse Books strives to include writers and storylines representing the fullest possible range of human experiences, with particular emphasis on including minorities of all kinds—ethnic, cultural and religious minorities, for example, as well as persons with disabilities. Insofar as Oh is both a co-founder and current president of We Need Diverse Books, she has become the unofficial “face” of the movement, and her work is shaped by her own identity as a Korean American.

In a guest post for Phil Yu’s blog, Angry Asian Man, Oh explained that her father’s legacy grounded her desire to launch We Need Diverse Books. “I was always the kid that would fight for the underdog, be furious about injustices, complain about inequality,” she writes. “Just like my dad.”

Her post continued, “I remember how hard it was for him working in big business and constantly being passed over for promotions by younger white males, until the day came that he was laid off. A casualty of corporate racism. Instead of going back into the business world, he became a social worker and worked for decades fighting for the rights of Korean Americans in NYC.”

Oh’s fantasy trilogy, Prophecy, looks to Korea’s ancient history for inspiration, and is loosely set in the period between 300 and 360 B.C. “I chose ancient Korea for two specific reasons,” she tells KoreAm. “The first was just practical—I couldn’t find anything like a fantasy adventure story set in ancient Korea in libraries or bookstores. The second was more personal: Ancient Korea was such a fascinating, turbulent time with kingdoms changing, collapsing, being taken over, dealing with amazing politics and endless intrigue.”

Korean legends and myths weave their way through Oh’s series, including the story of the “Rock of the Falling Flowers,” about a cliff in the Baekje kingdom where 3,000 ladies of the court leapt to their deaths when faced with the invading Tang and Silla army. “Their hanbok made them look like falling flowers—hence the name,” Oh says. For Prophecy, the author also incorporated the myth of the “Eight Heavenly Maidens,” updating it to better suit a modern, feminist sensibility.

The founding team of We Need Diverse Books includes Korean American author Mike Jung, a longtime friend of Oh’s. Jung’s own young adult books feature Korean American heroines. In Unidentified Suburban Object (forthcoming in 2016), Chloe Cho struggles to understand why her parents won’t aid in her exploration of ethnic and racial heritage, until she discovers they’re not actually Korean, but from another galaxy.

With more than 40,000 followers on Tumblr and increasing influence in the book industry, We Need Diverse Books is developing as a force to be reckoned with. With enough momentum, perhaps a Korean American author writing Korean American stories will be next on the New York Times bestseller list.

Paula Young Lee is the first Korean American recipient of the Lowell Thomas Travel Book Award of the Society of American Travel Writers in 2014, for her memoir, Deer Hunting in Paris. She is currently wrapping up the first installments of two young adult adventure series—Camp War and The Seven Perfections.

This article was published in the June/July 2015 issue of KoreAm. Subscribe today! To purchase a single issue copy of the June/July issue, click the “Buy Now” button below. (U.S. customers only. Expect delivery in 5-7 business days). 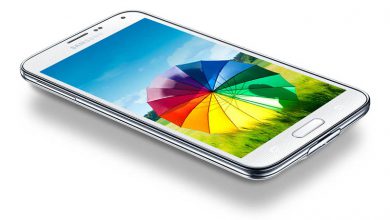