Sun spots, freckles, hyperpigmentation – whatever you call ’em, they ain’t pretty. In fact, a recent study found that dark spots are a bigger aging concern for Asian women than wrinkles.

Hyperpigmentation occurs when the body produces too much melanin due to sun exposure, hormonal changes, injury or even heredity. According to Jessica Wu, M.D., a Los Angeles-based dermatologist and assistant clinical professor of dermatology at USC School of Medicine, there are several types of hyperpigmentation that affect Asian skin:

* Lentigos, otherwise known as sun spots, are light brown to dark brown spots that develop on parts of the body that are more often exposed to the sun, including the face, chest and back of the hands. Many people refer to them as “liver spots,” but they have nothing to do with the liver. Instead, UV rays stimulate the skin’s pigment-producing cells to produce more melanin pigment.

* Freckles are small brown spots that most commonly occur on the face, especially across the nose and cheeks. They typically start in childhood, fade in the winter and typically get darker in the summer. Those with fair skin and hair and light eyes are more predisposed to getting them, though they are triggered by UV rays from the sun.

* ABNOM (Acquired Bilateral Nevus of Ota-like Macules) are grayish-brown spots that most commonly appear on the cheekbones. Many people refer to them as “freckles,” but they look different under the microscope. They occur in Asian skin and may be a combination of heredity, sun exposure and hormones. They are a different color and occur in a different distribution compared to freckles, which can be found anywhere on the body that is sun exposed.

* Melasma produces dark patches on the cheeks, upper lip, forehead and/or eyebrows. It’s most common in women and can worsen during pregnancy or with birth control pills, so there is a hormonal component, although some men can get it as well. It often gets worse with sun exposure.

* Post-inflammatory hyperpigmentation occurs after the skin is injured, for example from acne, after surgery or from a scratch or bug bite. It can get worse with sun exposure.

Thankfully, doctors and scientists in Asia have been studying hyperpigmentation for years. Their research has shown that some of the mainstays of anti-aging skin care, like retinoids and vitamin C, also are effective in battling hyperpigmentation. “Prescription retinoids such as Renova and tretinoin (Retin A) are the most effective,” says Dr. Wu, “especially when combined with hydroquinone.” Retinoids work “by interfering with the enzyme tyrosinase, which produces melanin pigment. It also increases skin cell turnover, so the dark patches slough off faster.” Of course, the downside of retinoids is that they may irritate skin and cause sun sensitivity, she adds. She also warns against using this ingredient when pregnant or nursing due to a potential risk of birth defects.

Vitamin C is another hero in the fight against dark spots. Like retinoids, the antioxidant inhibits tyrosinase, which interferes with melanin production. Vitamin C is tricky, though – it’s unstable when exposed to light or air, says Dr. Wu, so look for products in opaque, airless pumps, not open jars.

Vitamin C also works best when paired with another agent such as soy, which interferes with a step in melanin production. Soy is good for those with sensitive skin, says Dr. Wu, since the ingredient is gentle and has anti-inflammatory effects. However, that makes soy less effective on stubborn spots that have been there for years.

Inhibiting tyrosinase seems to be the method of choice, as other popular ingredients, including arbutin (about as effective as soy), kojic acid (derived from mushrooms) and azelaic acid (available in prescription strength), all interfere with the enzyme in some way or another.

Thankfully, scientists continue to research other potential spot lighteners, like tranexamic acid, which Dr. Wu says has been shown in small studies to reduce pigmentation and melasma by inhibiting plasmin, a substance that stimulates melanocytes, or the cells that produce melanin. But until they find a miracle cure, do your part and use sunscreen every single day (Dr. Wu recommends SPF 30 to 50 containing zinc oxide), avoid heat (it may aggravate melasma, says Dr. Wu), and avoid irritating your skin. “Go easy on the retinoids and skin care brushes,” she adds, “since irritation can lead to post-inflammatory pigmentation.”

The good news is that many of the ingredients that fight hyperpigmentation also happen to build collagen, fight free radicals and offer other anti-aging benefits. So lighten up with these power hitters. 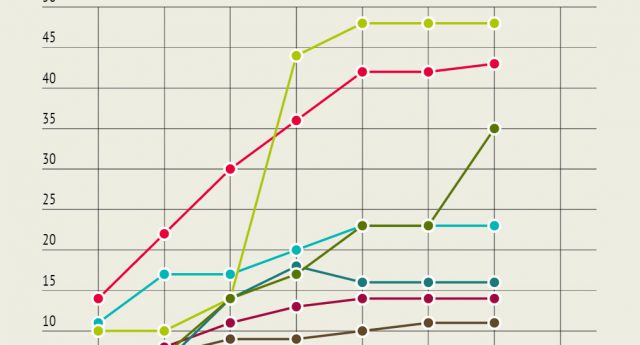 We’re collecting votes until Tuesday, August 25 (TONIGHT) at 11:59PM PST to see who we should pursue for our 2016 Haikus with Hotties calendar. Time to rally the […]