In the latest episode of Hollywood whitewashing Asian characters, actor Ed Skrein has been cast to play Ben Daimio, a Japanese American character, in the upcoming reboot of “Hellboy.”

In the “Dark Horse” comics, Ben Daimio is a military captain who gains the ability to transform into a human-jaguar creature after a mysterious encounter with a jaguar cult in the Bolivian jungle.

Skrein, who was last seen playing the villain in “Deadpool,” is joining the ranks of other white actors who have been cast in Asian roles in the past few years. Netflix’s whitewashed adaptation of “Death Note” is premiering online soon, while fans of “Doctor Strange” raged against the casting of Tilda Swinton as the Ancient One, and similarly for “Ghost In The Shell” and “Aloha.” “Hellboy” fans are no different, if the online response is any indication of their feelings about Skrein portraying Ben Daimio.

Ben Daimio being a Japanese American is…pretty much essential to his character. Ed Skrein is decidedly a white dude.

Scarlett & Emma & Tilda & Matt. …and don’t forget Ed.
You’re career will be associated with too words: yellow face and whitewashing.

You’re a talented actor; why would you take away a role from an Asian colleague?

The new “Hellboy” reboot by Neil Marshall is tentatively titled “Hellboy: Rise of the Blood Queen,” and is slated for a 2018 release. 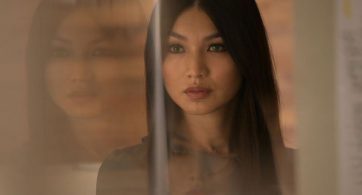 Gemma Chan has signed on to star in “Mary Queen of Scots,” the historical drama directed by Josie Rourke expected out late next year. Chan joins a cast that […]