It’s been several hours since you enjoyed that delicious milkshake, and now your belly protests with rumbling, cramping — probable harbingers of flatulence and watery diarrhea quickly heading down the pipe, your pipe.

You could digest milk as a kid, so what happened to you? Why did you lose such a useful biological power?

Let’s start with some basics. Lactose is a sugar found in mammalian milk — the milk of cows, humans, even East Asians. It’s composed of two simpler sugars linked together.

Enzymes are proteins that behave like chemical factory workers in your body and are typically named with the suffix -ase. A particular enzyme will perform a specific function, like joining two molecules or splitting one apart. Lactase enzymes in your small intestines break down countless lactose molecules into glucose and galactose, which are small enough to be absorbed by your gut lining.

Unless you don’t have enough of this enzyme, that is. Most human children feature lactase in their intestines, which allows them during their breastfeeding years to digest milk produced by their moms. But some of us will experience a drastic decrease in the amount of this enzyme, often around age 5. This reduction is known as lactase nonpersistence. If the lactose isn’t reduced for absorption, it remains in the intestines, pulling in water from the rest of the body (hello, diarrhea) and being converted by our intestinal bacteria into unpleasant stuff, including lots of hydrogen gas.

Many East Asians and Native Americans, up to 90 percent in some ethnic groups, become lactose-intolerant after the early childhood years as their genes direct a slowdown in the production of lactase. A nearly opposite ratio of lactase nonpersistence exists in people of northern European descent, who can digest dairy throughout adulthood. Why the difference?

Those human cultures that relied on dairy as an important source of nutrition created a survival pressure on its members. Those individuals who could absorb lactose were more likely to survive and pass on their genes, including those for lactose digestion. The individuals who had trouble absorbing lactose experienced diarrhea, malabsorption of other nutrients, and were therefore more susceptible to disease and earlier death, reducing their chances to establish a lactose-intolerant family.

So how do the lactose intolerant navigate their way through a dairy-laden world? You can consume just small amounts of dairy at a time. You can veer toward cheese and yogurt, which tend to contain less lactose than milk. If you want milk, there is the option of buying milk pretreated with lactase that has broken down lactose into its constituent sugars; since you now have two sugars in place of every lactose molecule, lactose-free milk tends to be sweeter than regular milk, a bonus for those who have to pay extra for the lactose-free variety.

And you can buy over-the-counter lactase enzymes to consume along with your favorite dairy item, though be aware that the pills might not perfectly deconstruct every molecule of lactose present in your food — in other words, you still might experience some of the symptoms of lactose intolerance, though hopefully at a lesser intensity.

Lastly, the lactose intolerant can simply avoid dairy altogether. Today there is a multitude of dairy-free options that allow us to enjoy the taste of our favorite dairy items without suffering as some of our ancestors would have.

Dr. Sean Chung is an internal medicine physician based in Southern California.

KoreAm put together a list of some dairy-free alternatives to some of your favorite foods.

This article was published in the October/November 2014 issue of KoreAm under the title “Dare to Have Dairy”  Subscribe today! To purchase a single issue copy of the magazine issue, click the “Buy Now” button below. (U.S. customers only. Expect delivery in 5-7 business days). 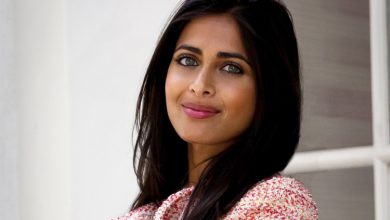