Yao Ming will be making his return to the basketball world as the first ambassador of the Basketball World Cup.

The International Basketball Federation (FIBA), the world’s governing body for basketball, made the announcement on Sunday, during an event that celebrated 1,000 days until the tournament will take place.

Ming, who has represented his country of China in two FIBA Basketball World Cups, said he is proud to serve as the ambassador for the tournament, which is being held in China. At the event, he promised to actively promote the sport, as well as encourage the public to pay attention to the 2019 tournament.

“We are looking forward to seeing many star players from around the world and witnessing fantastic games,” Ming told the audience. “We will organize and promote a FIBA Basketball World Cup that will delight basketball fans and attract even more people to follow our great sport.”

Starting on Aug. 31 and ending in Sept. 15, the teams will participate in 92 games around China — all to win the coveted Naismith Trophy. 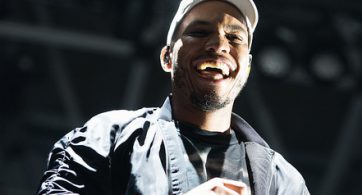 Anderson .Paak has been nominated for a hip-hop Grammy award. .Paak is a California rapper of black and Korean American descent who also produces beats and sings R&B. He recently […]