You say labrador, we say Lhasa apso. You say chihuahua, we say chow chow. You say pug, and we agree — did you know that they’re from China? We’re proud to say that some of the cutest dogs around hail from Asia.

The Lhasa apso was first bred by Buddhist monks in in the Himalayan mountains of Tibet around 800 A.D. According to the monks, priests were often reincarnated as these fluffy dogs before being reborn as humans. If that’s true, the spritely fellow above will be one happy lama!

Originating in China (not Japan), the chin was beloved by Japanese and Chinese royalty alike and could only be owned by people with noble blood — hence the proudly upturned nose. Centuries ago, these dogs travelled with traders on the Silk Road.

This handsome hunting breed originated on Jindo Island in South Korea and has been gaining popularity in the United States. The breed was designated as a Korean National Treasure in 1962 and is celebrated for its brave, loyal nature.

Hailing from the cold mountains of the Middle East, the fabulous Afghan hound would make any L’Oréal model jealous.

The Shih tzu may be tiny, but it has a proud history. The breed’s name translates to “lion” in Chinese, and it was beloved by royalty in much of the Ming dynasty.

Any dog lover will recognize this distinctive breed, but few people know that pugs were bred by Tibetan Buddhist monks since 400 B.C. These cute little guys can turn out to be quite handy — while Napoleon’s wife was imprisoned, she smuggled messages to her husband under the collar of her pug, “Fortune.”

Yet another dog that was originally bred by Tibetan monks, this mastiff was commonly kept with the lhasa apso. The giant puffball of a dog has a secret power — it doesn’t shed, but blows off its coat once per year!

The wrinkle-faced shar-pei originated in China during the Han dynasty. It and the chow chow are the only dogs to have blue tongues.

Is that a dog or a bear? The Chinese chow chow is one of the world’s most ancient dog breeds and was originally used for hunting.

Wow. Who else could be our top pick? Long before Doge conquered the internet, this foxlike charmer spent centuries wandering the mountains of Japan. For its bold personality and memeable face, the shiba is our choice for Asia’s cutest dog breed. Such adorable. 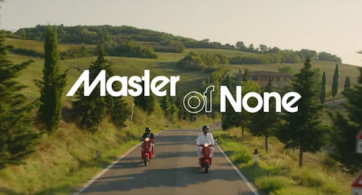 The last time we saw Dev in the season one finale of “Master Of None,” he was headed to Italy — and in less than two months, we’ll finally […]