The last time we saw Dev in the season one finale of “Master Of None,” he was headed to Italy — and in less than two months, we’ll finally get to find out just how good of a pasta chef he is.

Show star Aziz Ansari tweeted Wednesday that the Emmy Award-winning show will return to Netflix on May 12, with a short trailer showing Dev and Arnold (played by Eric Wareheim) riding on Vespas in the Italian countryside.

Netflix’s season two synopsis reads: “After traveling abroad, Dev returns to New York to take on challenges in his personal and family life, a new career opportunity, and a complex, developing relationship with someone very meaningful to him.”

The show centers around Dev, an Indian American actor who attempts to  navigate life, work and romance in New York City.

The first season drew widespread acclaim, loudest of all when it came to its second showing — “Parents” — for its realistic and jarring portrayal of the gap between immigrant parents and their second-generation children. The episode won Best Writing for a Comedy Series at the Emmys last fall — an event that was marked by a now-famous speech by show co-creator Alan Yang, who spoke of the importance of Asian American representation in Hollywood.

The comedy has in many ways been described as activist in its discussions about immigrant families, racism and LGBT rights, even by its own cast — last year, Kelvin Yu (who plays Dev’s friend Brian) spoke to Kore about “Parents” and why he thinks the show is breaking ground.

“Alan and I are demographically so similar,” Yu said. “We’re great friends. We’re Taiwanese Americans from Southern California, relatively the same age. He in no way tried to ‘Joy Luck Club’ [that episode]. If it was real, that was it. He didn’t feel the need to plus things or magnify things for the sake of some type of normative viewing audience, or a white viewing audience’s understanding of what Asian America should and could be. It was just, this is how my father would react.”

“To take a swing like [Alan did] — when you write something so personal in who you are and putting that on the screen, the risk is that it’s not going to connect with 10 million people, and the reward is that it does connect with 10 million people,” Yu said. “I think that episode opened doors for what TV could be, and then its reception added to that. It was so gratifying to be a part of that episode.”

Check out the trailer here: 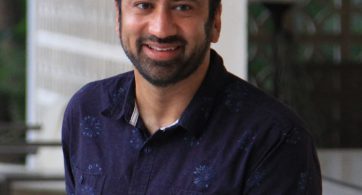 You know Kal Penn as the breakout star of the cult-favorite “Harold and Kumar” franchise, as the former public engagement assistant director in the White House under President Obama, […]