From overnight sensations who have released their own original singles and been signed to record labels, to underrated cover artists on the rise, Asians are using their musical gifts to reach audiences all around the globe through YouTube. Although listening to trending mainstream Asian singers and musicians is great, other talented artists have just recently made it into the music industry or are currently using their talents to follow their dreams to become singers, songwriters and musicians. Check out these 10 Asian cover artists who have made YouTube their beacon of success.

Any true fan of Audrey Mika will instantly recognize her iconic pink-and-green toy microphone, out-of-the-ordinary vocals and fun personality, and nobody would be surprised that the talented 19-year-old has become much more than just a YouTube artist. After reaching over 12 million views for her cover of “Xanny” by Billie Eilish, Mika released her first hit single “Y U Gotta Be Like Dat” in 2019. The single went viral on Tik Tok and led to her big break in the music industry. In a Q&A video on Mika’s channel, she says that one of her biggest vocal inspirations is Ariana Grande. “I get all of my runs from her,” she says. Mika’s latest single, “Just Friends,” was released in May of this year.

Originally from Honolulu, Farrah Camu first started uploading covers on YouTube about two years ago. She uses a combination of angelic vocals and soothing guitar acoustics to cover trending R&B songs. Although she once stated that she was “just jamming between laundry” when making her cover video of Keyshia Cole’s “Love,” the extraordinary singer blew fans away, leading to over a million views on that video alone. But Camu’s no one-hit wonder, and her cover of “Ex” by Kiana Ledé has reached almost 700,000 views.

After uploading a home video covering the song “Thinking Out Loud” by Ed Sheeran in 2016, Justin Vasquez skyrocketed to Internet fame. The video reached over one-and-a-half million views, creating a solid fanbase for the talented singer-musician. Fans could not get enough of Vasquez’s smooth vocals and melodic guitar skills, leading him to land over a million YouTube subscribers to date. He’s active in uploading covers that range from karaoke classics to pop hits, R&B and Filipino songs.

If you enjoy listening to classic Disney songs, Pepita Salim’s YouTube channel should be your go-to. As a classically trained soprano who specializes in musical theater and pop, the Jarkarta native reached over 1.4 million views for her cover of Mulan’s “Reflection,” originally performed by Lea Salonga. Salim’s got some impressive credentials to back up her skills, and recently toured the United States and Canada for a run of the Tony Award-winning Broadway musical “The King and I.” Salim released her first original single, “Forevermore,” in April of this year.

After years of trying her luck in singing competitions and television shows, Raphiel Shannon finally decided to take her talents to YouTube in 2015. Despite being a brilliant singer with enchanting vocals, Shannon admits she never expected that music would lead to a career and result in over 700,000 YouTube subscribers. “I just knew that I could sing and that it was my hobby,” Shannon explained to Filipino news site “Philstar.com.” Now, with over 10 million views on her cover of “Nobela” by Join The Club, the accomplished Cebuana has more than reached her dream of becoming a professional artist.

Joseph Vincent first began uploading YouTube covers in 2008 and now has almost one and-a-half-million subscribers. It’s no surprise that as an experienced live performer, Vincent has continued to impress audiences on camera. This skillful singer is best known for his soothing vocals and his acoustic and electric guitar skills. Vincent has performed at many Los Angeles music venues, including the House of Blues and Hollywood’s Roxy Theater. In 2010, he was even featured as a performer on “The Ellen Degeneres Show.” Vincent’s musical style is strongly reminiscent of singers like Jack Johnson and Jason Mraz, so it’s no wonder his voice is so relaxing.

22-year-old YouTube star Ysabelle Cuevas enjoys singing “Pilipino, K-pop/K-drama OSTs, and good ‘ol Pop,” as stated in her Youtube channel bio. Cuevas’ sweet vocals have led to her reaching over two million subscribers on YouTube. In August of 2018, Cuevas was signed by record label Warner Music Philippines. The label helped support the release of her first single, “May Forever,” which translates to “Forever Exists” in English.

With 9.4 million views on his cover of “Can’t Help Falling In Love With You” by Elvis Presley and over 300,000 YouTube subscribers, this brilliant, soulful singer combines beats and piano instrumentals to put his audiences in awe. Travis Atreo actively posts a new cover video every Wednesday, providing fans with new content on a weekly basis. For fans who want to represent, the singer even has his own line of merchandise. You can purchase shirts, hoodies and hats on his website.

Currently in the up-and-coming category, this talented young Filipino native is a YouTube star in waiting. With crystal-clear vocals and piano and ukulele instrumentals, Mariah Dela Cruz covers popular R&B and Filipino songs for her nearly 80 thousand subscribers. Some of Dela Cruz’s covers include the songs “No One” by Alicia Keys, which has reached over 800,000 views, and the popular Tagalog song “Buwan” by Juan Karlos Labajo, which has notched over 300,000 views.

Jason Dy blew both the audience and the judges out of the water on the second season of “The Voice of the Philippines,” but he didn’t stop there. The gifted singer went on to showcase his musical talents on YouTube, and in November of 2019, Dy uploaded a cover video of “Emotion” by Destiny’s Child. In the video, Dy provided a fun twist by singing different ranges of the song to harmonize and make for a video that is appealing to both the eyes and the ears. 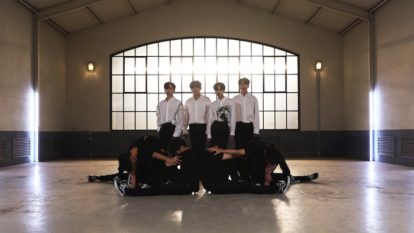 As live-at-home concerts become a trend due to the COVID-19 pandemic, Vevo DSCVR continues to live by its motto of introducing “your new favorite artists from their home to […]