Unforgettable gala, the longest-running award show celebrating Asian Pacific Americans in the arts and entertainment, will take place at the Beverly Hilton in Los Angeles on Dec. 9 for its 16th year.

The event is presented by BMW of North America, sponsored by Private Internet Access and Pechanga Resort & Casino, and hosted by Kore Asian Media.

Leonardo Nam, who plays Felix Lutz on HBO’s “Westworld,” will take home Actor of the Year. Ross Butler, who was seen in both “13 Reasons Why” and “Riverdale” on Netflix this year, is Male Breakout of the Year, while rapper and actress Awkwafina — set to star in the coming “Ocean’s Eight” and “Crazy Rich Asians” — is Female Breakout of the Year. Justin Chon, whose indie film centered around the Los Angeles riots, “Gook,” took home the Audience Award at Sundance, will receive the Vanguard Award. Daniel Dae Kim and Grace Park, who starred for seven seasons in the CBS crime drama “Hawaii Five-0,” will be honored with BMW’s Ultimate Drive award. Dr. Mike Hong, a community figurehead and founder of the M&L Hong Foundation and Axalta Dura Coat Products, will be recognized with the Philanthropy Award.

Performers for the night include dance group Kinjaz and East West Players, the oldest professional theater of color in the country.

Additional honorees and performers will be announced in the coming weeks.

“We are so honored for the recipients to join us this year,” said Kore Asian Media Publisher James Ryu. “Through their work, they’ve helped shaped the perspectives of generations through diverse storytelling. The unique backgrounds of our honorees mirror the strength and growth of the Asian American community as we look toward the future.”

Unforgettable, which has highlighted trailblazers since 2002, recognizes influential Asian and Asian Pacific American voices who are at the forefront of popular culture and innovation.

Visit unforgettablegala.com for more information, and click here for tickets. 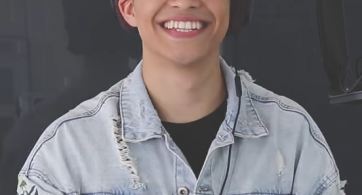 While we wait for diversity in the music industry to catch up to real life, we’re blown away by talent in the cover songs tag on YouTube — here […]