To mark the 25th anniversary of KoreAm Journal, we’re revisiting some memorable covers from the magazine’s archives.

Take a look at some of the creative talent, athletes, influential figures, social issues and tragic events that have appeared on our cover. The panoply of images, we hope, will serve as a historical flashback, a glimpse into the people that inspired us, the issues we explored and the events that called for deeper reflection over the last 25 years.

Here are some notable Koreans who have been featured on KoreAm before they skyrocketed to stardom.

Margaret Cho (Aug. 1994): “She’s thrilled and so are her fans who are anxiously awaiting the first Asian American sitcom to ever air,” KoreAm wrote about the then-25-year-old comedienne in this Aug. 1994 cover story shortly before the debut of All American Girl.

Ahn Trio (Jan. 1998): The sister music trio is deemed by KoreAm as, “one of chamber music’s most gifted and promising young ensembles.”

Sandra Oh (July 1998): Before the Korean Canadian actress become a household name as Dr. Cristina Yang on Grey’s Anatomy and landed a number of leading screen roles, she was on the cast of HBO’s comedy series Arli$$, which KoreAm wrote about in this July 1998 cover story.

Stay tuned for the next chapter of “25 Years of KoreAm Covers.” We’ll be showing you various influential media and government figures who have graced our magazine’s covers.

Go to Next Chapter -> 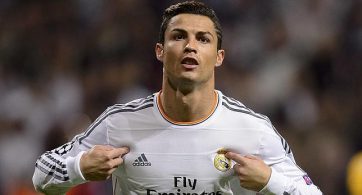