The #ChallengeAccepted trend is the latest addition to online activism focused on empowering women. By posting a black-and-white picture, tagging a few women in your Friends list and adding a brief and inspirational caption, you’ve basically fulfilled the mission and joined over 4.4 million other women in this global movement.

Although it’s a powerful show of solidarity, it’s easy to ask, “What is the point?” While female empowerment is a crucial issue, the execution of the idea might not be the most productive. Instead of adding to the numbers, check out “Character Media”’s recommendations on what you can do differently to uplift womxn in your daily life.

1.Use social media to raise awareness about hard-pressing issues

Learn from Padma Lakshmi! This TV host and model participated in the #ChallengeAccepted movement on Twitter, but rather than posting a picture of herself, she used this opportunity to bring attention to the recent murders of four Black womxn. She alerted her followers to the death of Breonna Taylor, as well as the brutal killings of Sandra Bland, Natasha McKenna and Michelle Cusseaux, who along with countless other Black womxn have died or suffered from police brutality. Lakshmi also encouraged her followers to check out the #SayHerName campaign so that the movement is furthered more effectively.

2. Learn about the real reasons the #ChallengeAccepted movement started

Even though it’s just gained momentum in the past few days, the #ChallengeAccepted movement first attracted attention in 2016 for a cancer awareness campaign. Many Twitter users have distributed the information that this campaign was actually started by Turkish womxn regarding the alarming rates of femicide in the region. After seeing black-and-white pictures of the deceased circulating on mainstream media, this campaign was used as an attempt to tell society that if the killings don’t stop, soon someone’s beloved mother, grandmother, wife or daughter will be just another photo in the news.

3. Center transgender and differently abled women in the challenge

Looking through the hashtag, it’s easy to recognize that the majority of participants are white, cisgender and able-bodied women. Podcast host Ali Segel advises that if we do choose to take part in this movement, it would be much more meaningful to feature trans or differently abled women, who often get overlooked or disrespected.

The pandemic is still not going anywhere, so keep supporting small businesses, especially BIPOC, womxn-owned and local ones. If you need suggestions on where to direct your resources to, this list of 100 Black-owned businesses is a great place to start. There are also many outstanding AAPI womxn entrepreneurs with businesses that need our help, including but not limited to Nguyen Coffee Supply and Krave Beauty.

5. Show your support for other womxn beyond social media

It’s 2020 and respecting women should not be a discussion, but here we are (again). While this movement might not be the most effective on the surface, it shows us the importance of solidarity. Let’s carry that spirit into the real world where we can all learn to support womxn, give them the recognition they deserve, listen to their problems and empathize with them. 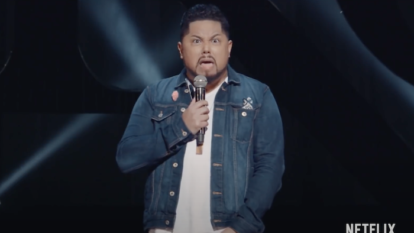 Anyone who’s ever been to a Filipino gathering can tell you that they’re always filled with good laughter and conversation, but Pinoys are slowly bringing their bright personalities and […]