Anyone who’s ever been to a Filipino gathering can tell you that they’re always filled with good laughter and conversation, but Pinoys are slowly bringing their bright personalities and unique, irreverent sense of humor to the stage. Just like famous comic, writer and producer Jo Koy, aspiring Filipino stand-ups are paving their way to comedy fame. Through slams, television shows, Instagram videos and more, watch and listen to these five hilarious up-and-comers, as they continue to showcase the ‘Filipino’ sense of humor and spread joy across the globe.

With over 10,000 followers on Instagram, this San Francisco native has an energetic and comical personality that shines bright on any stage. According to “Against The Grains Productions,” Guila jokes that he was once the only straight Filipino hairdresser on Rodeo Drive. He later left the cosmetology world to use laughter as medicine, bringing happiness to events across the country. The talented stand-up comedian received well-deserved attention after recently appearing in Jo Koy’s Netflix special, “Jo Koy: In His Element,” which was released in June of 2020. Guila made the crowd burst into laughter with his jokes. In one bit, Guila explained that at every Filipino party he’s been to, there’s always one aunty who greets him with an insult. “What happened to your face?” Guila asks, imitating the accent of a lola, or Filipino aunty.

As stated on Orolfo’s website, “Andrew Orolfo has been named one of the country’s ‘top knot’ comedians by… don’t even ask, just go with it.” In September of 2019, Orolfo had his first big break when he starred in “The Late Late Show With James Corden.” He blew the audience away with jokes about his man bun and introducing toys into the bedroom. On the show, Orolfo explains that ever since he got a man bun hairstyle, people try to avoid conflict with him. “I think that’s because, when you have my face, and then you rock this hair, people just assume you have a sword,” he says. Just recently, Orolfo also starred as the last featured comedian to take the stage in “Jo Koy: In His Element.” In a conversation with Koy, Orolfo explains that he never thought he would have the opportunity to perform in “the motherland.” Still doing shows online, the COVID-19 pandemic hasn’t stopped Orolfo from expressing his love for comedy and providing fans with never-ending laughter.

Best known for integrating his multicultural life experiences and poking fun at ethnic stereotypes, Edwin San Juan has almost 12,000 followers on Instagram. San Juan did a nine-minute comedy set at the Payaso Comedy Slam, which was published on YouTube in March of 2020. In the set, San Juan tackles into Filipino tropes head-on, joking,  “Filipinos, we just look like stoned Mexicans,” and “When Filipinos get old, we all look the same.” The actor-comedian also performed a joke about the Tagalog word ‘mabuhay,’ which means ‘welcome’ or ‘to live’ in English. Watch the video below to learn what he has to say.

As a Filipino immigrant who came to the United States at a very young age, this actor, wife and mother has traveled a long way to reach “the American dream.” Balagtas did a comedy sketch on the “Pinoy Comedy” series, which was published on LOLflix in June of 2020. During the video introduction, Balagtas discusses the culture shock she experienced when she first arrived in the United States. She shares a specific memory of walking through an American market for the first time with her mother, and being awestruck by the sight of a blonde, white man, only to be scolded by her mom,“Bernadette, you cannot touch the white man—okay?”

Born and raised in Toronto, Canada, Filipino Canadian Ron Josol is a representation of Asian-American talent outside the United States. As the host of “Ron the World Comedy Show,” which runs every Wednesday online at 6 PM PT/9 PM ET, Josol is active in cracking jokes and entertaining his fans. He was also featured on “Pinoy Comedy.” Josol kicks off his sketch by chatting about the way Filipinos are mistaken for other ethnicities depending on where they are in the world. “If I go to Miami, they think I’m Cuban. I go to L.A., they think I’m Mexican. If I go to the Samoan Islands, they think I’m a newborn baby,” Josol jokes. 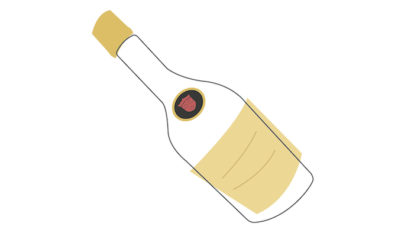 As the COVID-19 quarantine stretches on, half of us are hoarding toilet paper while the other half are resting or maybe doing something productive with their extra time. But […]