The third season of “Stranger Things” dropped on Netflix less than two weeks ago, but chances are, you binged all eight episodes within a few days of the July 4 release. Now, you’re looking for something new to pass the months before the next season is available. If the thought of waiting that long sounds dismal, don’t worry—we’ve made a list of Asian dramas to watch in the meantime. Read on to learn about five top-rated sci-fi and fantasy TV shows to add to your queue this summer.

1.“Memories of the Alhambra”

In this new K-drama, the CEO of an investment company travels to Granada, Spain to investigate a groundbreaking new artificial reality game, only to find that its designer has gone missing. The series is action-packed, with plenty of virtual and real battles that blur the line between two worlds, and it’s on Netflix. What more could you want from a TV show?

If you loved seeing creatures like the Demogorgon and Mind Flayer from the Upside Down, this Chinese show should be your next watch. Wu Xin doesn’t remember his past, but he does have a very particular set of skills: he can sense and kill monsters, from snake spirits to evil ghosts. Teaming up with a girl who’s running from an arranged marriage, he sets out across the country, helping anyone who can pay the right price.

“Circle” takes place in two different times: in the year 2017, twin brothers who grew up with an alien find themselves at the center of a string of serial suicides, and in the year 2037, detective Kim Joon-hyuk uncovers horrifying secrets as he investigates a decades-old disappearance. Suspenseful and gripping, the 12-episode show makes for a perfect weekend binge.

Zhuang Rui doesn’t have quite the same awe-inspiring powers as Eleven, but he’s learned to use his abilities to his advantage. After an accident, Zhang finds that he’s been given the gift of golden eyes, meaning he can see directly through items and learn their history from a single glance. Unfortunately, those powers come at a cost, which he soon discovers when he enters the treacherous world of costly antiquities and gemstones.

Another drama rife with evil spirits and monsters, “A Korean Odyssey” is a modern retelling of the Chinese classic “Journey to the West.” The monkey king roams the business world in search of a way to achieve immortality, while demons close in on a young woman he’s sworn to protect. Though the show has serious moments, writing from the South Korean Hong sisters (“My Girl”) keeps it upbeat. 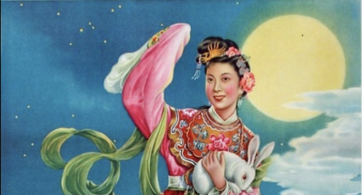 50 years ago today, Neil Armstrong descended from the “Apollo 11 Eagle,” planted a boot on the moon and announced the now iconic, “That’s one small step for man, […]