Whether it’s getting personal about identity or getting up close to the Hong Kong protests, these Asian journalists are using social media to share what matters to them, and why it should matter to us, too. While some cover factual news, they also discuss movies, music, Asian American achievements and more. From relatable memes to leading discussions on Asian American society, these five journalists are giving a voice to our community.

The president of the Asian American Journalists Association (AAJA), Lee reports for “The Washington Post” on money and influence in politics. She also contributed to the diversity initiative “About US” with an essay on her experiences as an Asian American journalist.

This spunky journalist who now works at NBC News once headed “Huffington Post”’s Asian Voices section. She frequently posts about Asian American culture, entertainment and her own personal stories. After the release of “Crazy Rich Asians,” Yam went viral on Twitter for this thread about the struggles she faced accepting her Asian American identity, and the power that representation brings to minority populations.

A columnist for the “Los Angeles Times,” Shyong is an expert at finding stories in LA. From bringing Howling Ray’s fried chicken sandwiches to Chinatown, to comparing a health foods grocery store with the way we use social media, Shyong has a knack for building bridges between communities, and making unconventional connections between different aspects of life and society.

For the latest news on Asia, follow Ramy Inocencio. This Filipino and Singaporean journalist has been covering the Hong Kong protests for CBS, and posts frequent Twitter threads with live updates and videos for the most up-to-date news. He also serves as the Senior Vice President for AAJA. 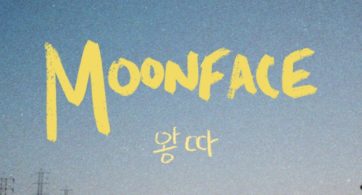 If you’re looking for a podcast to put on during the morning commute or when you’re relaxing at home, then you’re in luck—producer James Kim’s “MOONFACE,” which stars stand-up […]