Music festival fans have an unspoken understanding that Coachella marks the beginning of “festival season.” There are so many more amazing festivals to check out this year — here are five music and arts festivals we’re looking forward to.

FYF Fest, short for “F*CK Yeah Fest,” is actually being held a month earlier than previous years at their usual venue Exposition Park in Los Angeles. Just like its name, FYF Fest is a festival focused on having fun and enjoying music. It’ll be hard not to say “F*ck Yeah” during the fest with artists like Missy Elliot, Frank Ocean, Flying Lotus and Anderson Paak performing.

San Francisco’s Golden Gate Park gets shut down for an entire weekend to host one of the largest music festivals of the year. Outside Lands is celebrating its 10th anniversary this year and the line-up definitely shows it’ll be a wild party — music headliners include Metallica, Lorde, A Tribe Called Quest and Gorillaz. The Barbary, Outside Lands’ comedy and improv line-up has not been announced yet, but in past years, Fred Armisen, Charlyne Yi and John Mulaney have performed. Perhaps we can hope for San Francisco native Ali Wong this year?

Last but not least, Camp Flog Gnaw — better known as Tyler the Creator’s Camp Flog Gnaw Carnival — is the perfect way to say farewell to your unforgettable summer. Tyler the Creator combines his love of music, skateboarding and fun to provide Angelenos the biggest carnival of the year. Bring out your festival sneakers one last time before retiring them this season. Dates and venue are yet to be announced, but in previous years, November was the month to keep your schedules clear, and Exposition Park is the neighborhood where you should find lodging for this two-day event. Past performers include A$AP Rocky, Tyler the Creator, Chance the Rapper and Anderson Paak.

What are you looking forward to the most? 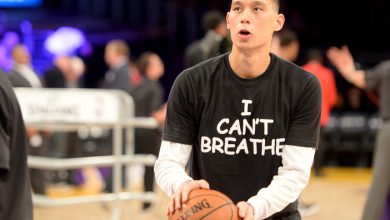 The Brooklyn Nets’ Jeremy Lin thinks Asian American masculinity is an issue that should be talked about more. In a YouTube video that was uploaded last Thursday, Lin talked […]