Today is a special day for teachers in South Korea. On May 15, Korean teachers and students annually observe Teachers’ Day (스승의 날), a holiday that traces back all the way to the early 1960s.

For those of you unfamiliar with the holiday, prepare to be schooled! Here are five facts about Teachers’ Day in South Korea.

Teachers’ Day in South Korea is said to have originated in Seoul back in 1963 after a team of Red Cross youth members began visiting their sick ex-teachers in hospitals. These visits gradually evolved into an annual observance that was held on May 26.

Students at the Department of Korean Classics of Kyungsung University massage their professors’ shoulders.  (Photo via Chosun Ilbo)

In 1965, the date for Teachers’ Day changed to May 15 to commemorate the birth of King Sejong the Great, the creator of the Korean alphabet. South Korea shut down national ceremonies celebrating the holiday between 1973 and 1982, but later resumed them afterward.

Korean students give handwritten letters to an English teacher. (Photo via Join Chase)

On Teachers’ Day, Korean students traditionally pay respect to their teachers by presenting carnations, the same kind children give to their parents on Parents’ Day (May 8). Students also craft handmade “love cards” containing messages of gratitude toward their teachers.

Colleges and universities with an ample budget tend to throw special parties or performances for their professors. Special dishes are prepared and awards are given to the most outstanding educators in their fields.

Many schools in South Korea either close or have a half-day on Teachers’ Day, as many parents use the holiday as an excuse to give teachers expensive gifts that are considered to be bribes. Some schools choose to organize outings for their teaching staff to prevent this problem. Current and former students often visit their teachers during the day to pay their respects.

South Korea isn’t the only country that dedicates a day to honor their educators. Mexico also celebrates Teachers’ Day, known as Día del maestro, on May 15 by holding cultural events. Vietnam, Singapore, India, Philippines, Venezuela and Poland are among several countries known to celebrate some form of teacher appreciation day by having students prepare small gifts, performances and activities for their mentors.

In the United States, the first week of May is designated as National Teacher Appreciation Week, which was established by the National PTA back in 1985. World Teachers’ Day is also annually celebrated around the globe on Oct. 5. 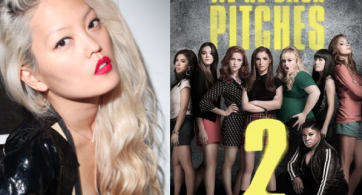 Are you ready? You should be, because your favorite bad-ass pitches are back! Pitch Perfect 2 is finally here and what better way to celebrate than to catch up with […]