This Valentine’s Day, Google is giving users a special treat — an adorable interactive video game called “Pangolin Love,” in which the player helps a cute little animal called the pangolin to find a mate. However, the Google Doodle is not only being used to entertain, but to educate: Google took an entire year to develop the game to raise awareness of the plight of the pangolin, or “scaly anteater,” which is a critically endangered scaly mammal native to Asia and Africa.

Here are some fun facts about pangolins!

1. Pangolins are the only mammals with scales.

Pangolin scales are made up of keratin, the material that makes up fingernails, and when a pangolin is threatened, it will curl up into a nearly impenetrable ball. In fact, the animal’s name is derived from the Malay term ‘penggulung,’ which translates to ‘one that rolls up.’

2. Pangolins are native to Asia and Africa.

Pangolins live in a range of places, and Google used a series of four days to celebrate several region-specific varieties; the yellow Doodle is the Giant pangolin from Africa, the green is the Indian pangolin, the blue is the Chinese pangolin and the pink is the Philippine pangolin.

Pangolins have been used in traditional Chinese medicine for thousands of years, and many people believe their scales can treat everything from rheumatoid arthritis to inflammation. Their blood and body parts are also prized, and pangolin fetuses are believed to enhance virility.

4. Pangolins are the world’s most trafficked animal.

Experts estimate that about 1 million pangolins have been poached from the wild to be sold almost exclusively in China, prompting a recent ban on all international commercial trade of the species.

5. Google has teamed up with World Wide Fund for Nature (WWF) to help save the pangolins.

Google linked players of “Pangolin Love” to WWF, the world’s largest conservation organization. There, users are encouraged to symbolically “Adopt a Pangolin,” and proceeds will help WWF work in countries like China and Vietnam to reduce demand for pangolin products, enforce anti-poaching regulations and lobby for stronger conservation laws. 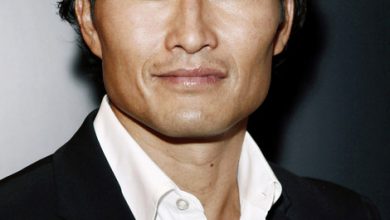 The “Good Doctor” — the tearjerker that destroyed TV ratings when it aired in 2013 in South Korea — is headed to U.S. television screens under the direction of […]