The “Good Doctor” — the tearjerker that destroyed TV ratings when it aired in 2013 in South Korea — is headed to U.S. television screens under the direction of Daniel Dae Kim.

The series, which in 2014 was in talks with CBS for production, will debut with ABC, which announced in January that it has ordered a pilot.

David Shore, creator of the medical drama “House,” will write the series. Kim, with his production company 3AD, will co-executive produce.

The original “Good Doctor” follows an autistic savant surgeon who enters a prestigious hospital while facing the challenge of proving his competency to himself, his patients and his coworkers. It was a ratings and critical hit in South Korea.

If picked up, it will be the first of three of Kim’s projects led by Asian American characters. The “Hawaii Five-0” actor has two others — “Exhibit A,” based on another K-drama, “My Lawyer, Mr. Jo,” and “Re Jane,” a modern spin on “Jane Eyre” — in development, with 3AD.

“Still a ways to go, but you can’t get there without being here first,” Kim wrote on his Instagram, about the project.

In 2015, Kim told NBC News about why he does what he does: “The more that we can take control of the creative process, the less we will have to be begging the majority to give us roles, to give us work.” 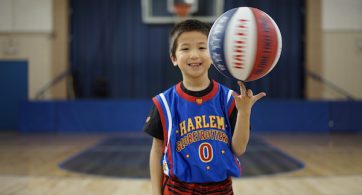 Collin Tjin, 8, may be the smallest kid on the court, but boy, does he make up for it in skill. The future basketball superstar — who started playing […]