When Audrey unleashed its new look last fall, it was also the beginning of this column. Around the office (and to some of my close friends), I became known as O.D.D. Girl. What I didn’t disclose one year ago was that I had had my heart broken and was wavering on the idea of going online to find love. Nonetheless, it didn’t take too much convincing for my editor to get me to chronicle my adventures as an Asian American woman trying online dating for the first time.

Of course, it wasn’t easy. For the first time in my life, I was forced to look at myself and come to terms with what I really wanted in a partner. I’ve had my share of short-lived flings and semi-relationships, but I’ve never been in a long-term exclusive relationship. But after months of exchanging online messages and even going on dates, I realized it was time for me to think about getting serious with someone – and to be more serious about myself as well.

Over this past year, I managed to convince some of my peers and friends to try online dating for the first time, too. As I was coaching some of them, I gleaned some lessons from my experience. In no particular order, here they are.

1. Don’t let the creeps get to you.
I know that online dating sites have horrible reputations for the kind of men on them. They’re slimy, they’re looking for hookups, they have weird fetishes – I won’t go on and on, but I’m sure you all know what I’m trying to get at. Just remember, they’re there. They will always be there. But the site is not 100 percent full of horrible men. For example, if some guy is projecting his Asian fetish onto you, you can (1) reply back with a sassy remark (with dignity, of course) to let him know he’s a racist prick, and (2) block him. Don’t allow one bad egg to ruin your entire experience, just like you shouldn’t allow the douchebag you met at the bar to define the rest of your love life either.

2. Dating does not get any easier as time goes on.
Whenever I tell my editor about my dates (from both online and offline), she always looks over to another married person and says, “I’m so glad I’m not dating in this age.” I’m realizing that as I get older, I’m running into guys with a lot of baggage because they’ve also had hard dating experiences, just like me. It’s not like my early 20s when we all pretty much had clean slates. So accept it – you’re not always going to meet perfect guys with perfect backgrounds, but it doesn’t mean that they’re not nice people or haven’t learned from their dating past.

3. Don’t be afraid to tell your Asian parents you met someone on an online dating site.
Not too long ago, my mother asked me if I was a lesbian. I suppose she had every right to, since I hadn’t brought anyone home to meet her. I then told her that I was talking to someone online – and she didn’t try to disown me. Perhaps it helped that one of my older aunts married a guy she met online recently. Either way, don’t be ashamed to let your parents know how you met the guy – it’ll help open them up if they haven’t already.

4. Don’t just go for the guys who look good on paper.
I was really surprised to see how many Asian guys were on these online dating sites – and how many of them looked really good on their profiles. There were so many guys who were tall, handsome, working professionals (with an income of six figures!), did just about every activity in the book, were well traveled, and were quite charming in their messages. Does that make them Prince Charming in real life? Of course not! My point is, take a chance on the guys who may not seem so perfect on paper because I’ve learned that some guys were intentional in not creating the perfect profile – they wanted to see if they could attract the right kind of girl. I actually did that once, and I found a pretty good guy in real life.

5. Be absolutely honest with the guys you date (and yourself, too).
Don’t ever tell a guy the opposite of what you’re looking for because you want to go along with what he wants. It won’t do you any good. Instead, communicate well and let him know what you’re looking for from the get-go – it will save you trouble and time. Trust me.

So how have my dating adventures fared to date, given the first anniversary of this column? I don’t want to give away too much now, because I feel like I’ve gotten into something that’s just starting. However, I’ll leave you with this: I think I’ve found one guy who’s got a hold on me. 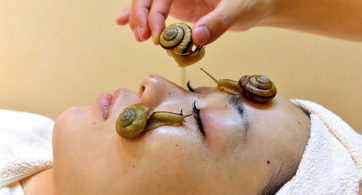 Everyday, it seems as if we come across products, trends, and even holidays from Asia that gets us quite confused. From fuzzy-hair stockings to an actual single awareness […]