It took the South Korean men’s national soccer team almost half-century and six tournament appearances to get its first ever win at the World Cup, but its women’s team achieved that feat in just its second showing after coming from behind to beat Spain in Ottawa, Canada on Wednesday.

The South Korean women’s national soccer team, the perennial underdogs making its second appearance at international soccer’s biggest stage, defeated Spain 2-1 in Group D’s final game at the 2015 FIFA Women’s World Cup thanks to a fierce second-half comeback. To add to the drama, Spanish forward Sonia Bermudez agonizingly struck the crossbar with the last kick of the game, which could have eliminated Team Korea from the tournament.

As the “Taegeuk Ladies” prepare for its historical round of 16 match versus France this Sunday at 4 p.m EST, here are five reasons for you to follow their run at this year’s Women’s World Cup in Canada.

Team Korea epitomizes the “One Nation, One Team” motto.

Before the World Cup kicked off earlier this month, Team Korea held its training camp in Harrison, N.J. I was fortunate enough to watch the team’s last warmup friendly against the U.S., one of the strong favorites to win the World Cup, and was blown away by the visibly palpable team spirit of the Korean players.

In what was a send-off game for the U.S. before a raucous sell-out crowd of 26,467, the sounds of the Korean players constantly yelling directions and encouragements among each other in a hostile environment for 90 minutes were vividly audible from my seat at the top of the Red Bull Arena.

This group may not have the world’s most skillful players, but their togetherness and team camaraderie allow them to play competitive soccer against the world’s best. In the game against the U.S., Team Korea’s stouthearted performance held the Americans scoreless in a 0-0 draw, which marked the first time the U.S. failed to score a goal at home in 66 games.

From this point on, every game at the World Cup is history for this team.

South Korea made its first Women’s World Cup in 2003. While qualifying for the tournament was a plausible feat in itself at the time, the results weren’t pretty once the team got there. After losing 3-0 and 1-0 to Brazil and France, the Koreans suffered a humiliating 7-1 loss to Norway and exited the tournament early.

In their return to the World Cup after 12 years, the new-look Team Korea’s goalkeeper Kim Jung-mi and forward Park Eun-sun are the only two players on the current team to have played in the 2003 tournament. Monday night’s win over Spain not only gave Korea its first victory at the World Cup but it also sent the team to the knockout phase of the tournament—a place that the players and their fans have long considered as the “promise land.”

With the win against Spain and qualification to the round of 16, the Korean women have already achieved their goal at this year’s World Cup. That makes every passing second of their next game on Sunday a part of history for them.

Ji So-yeon is one of the world’s best female soccer players.

The true strength of the South Korean team, as written above, is the players’ ability to play collectively. But that’s not to say that this team lacks star power. The 24-year-old Ji So-yun, who plays professionally for England’s Chelsea LFC, has already become the greatest women’s player Korea has produced and is also one of the best players in the world. Soccer America even selected Ji, who became the PFA Player of the Year in England this season, as one of its 20 players to watch in Canada.

Team Korea has arguably overcome more odds, prejudice and obstacles than any other team at the World Cup.

When Jeon Ga-eul—the closest Team Korea has to a star player besides Ji So-yun—was given the mic to bid her farewell to the fans at a special event in Seoul before leaving to Canada for the World Cup, she couldn’t complete her speech. “It’s been a lonely journey for us to live as female soccer players in Korea,” said Jeon as her voice slurred before she burst into tears.

The KFA, South Korean soccer’s governing body, reportedly boasts an annual budget of $80 million, invested an approximated total of over $10 million in men’s national team in 2011, according to Sports Chosun. The KFA’s total expense on the women’s national team? Just $700,000. The fact that the South Korean women’s team survived as one of the 16 best teams in the world at the World Cup is a miraculous achievement.

Lee Elisa, South Korean lawmaker and former chief of the country’s national training center for athletes, once said in an interview: “I’ve always said that if the KFA invest just one-tenth of what they spend on men’s soccer into women’s soccer, our women’s national team will win the World Cup.”

Team Korea is not guaranteed to play at the next Women’s World Cup.

The chance to play at the World Cup, a quadrennial event which showcases the world’s best teams, doesn’t come easy. The process of qualifying for the World Cup in Asia is a lot tougher for the women’s team than it is for the men’s team. The competition within Asia in women’s soccer is far tougher; Japan is the defending world champion at this year’s World Cup, and the likes of Australia, China and North Korea all have more international pedigree than their men’s national teams.

Luckily for the South Koreans, their arch rival North Korea (a team they’ve beaten only once in 16 games) were banned from competing for qualification, which allowed them to finish fourth at the Asian qualifying (which sends its top five teams to the World Cup) this time around. So enjoy watching South Korea’s improbable run at the World Cup this year, because their place in the next tournament four years later is far from guaranteed.

All images via Naver 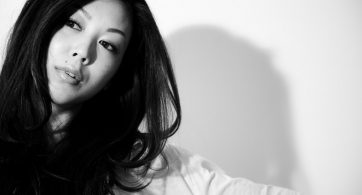 Full name: Brittany Mariko Ishibashi Horowitz (I know it’s a mouthful, but I wanted to keep my name once I got married!) Age: 34 Ethnic background: Japanese Where […]