Jeannie Mai, a confident, bubbly talk show host, is one of the most popular personalities on daytime television. You may know her as the stylist from “How Do I Look?” or as the fabulously dressed E! red carpet host. She began her career as a makeup artist dressing the faces of celebrities like Christina Aguilera and Alicia Keys, and went on to become a star herself. With a television career spanning 16 years, Mai has hosted a variety of high profile shows and events. Her highest profile gig as of late has been as an outspoken co-host on the Emmy Award winning daytime talk show “The Real,” where she unapologetically shares her experiences as a Vietnamese American. What’s more, she works with NightLight International, a nonprofit organization dedicated to fighting human trafficking both in America and abroad. One of the few authentic voices in Hollywood, she gives the opinions and advice we never knew we were craving in mainstream entertainment. She’s unarguably a powerful role model and voice for Asian America.

But who do we have to think for this golden ray of sunshine?

Olivia TuTram Mai, popularly known as Mama Mai, is Jeannie’s hilarious, eccentric mother. She made her debut on the “The Real” in 2014 and the internet went crazy for her with a video of her appearance amassing nearly two million views on YouTube.

Many people may think that Asian moms are serious, conservative and not all that funny. Not Mamma Mai.

Here are 5 reasons we all stan Jeannie’s mom:

Mama Mai always manages to leave us with tears and cramps from laughing too hard. You just have to watch it for yourself.

Let’s be honest with ourselves, not many of us would wear this outfit. But somehow, through the grace of God, Mama Mai has managed to make it look chic and fabulous, reminding us that to be a fashionista, you need to push the boundaries. Okay, Mama Mai! We see you!

I don’t know about you, but my mom would never be seen dancing at a music festival, not that she even knows what Coachella is.

Mama Mai always tell is it how it is, and we love that. You already know you’re in for a piece of entertaining wisdom when she shows up on your screen.

4. Her love for life

As Jeannie once said, “Asian no raisin!” Mama Mai knows how to live it up! If only all of our moms were like that.

5. For reminding us to appreciate our parents

Many second-generation Asian American children can attest to the sacrifices their parents have made for them. A 16-year-old Mama Mai woke up at 3 a.m. to flee communism in Saigon, Vietnam. After being rescued by the U.S. Navy, she was given $200 to chase the American dream and the rest is history.

“Big dream is just wait and wish for my two son to have a great career,” Mama Mai said in an interview with her daughter in 2015. “Find the right woman they love, get married like their sister, so I don’t have to worry. About my favorite daughter, I don’t have to worry her anymore, she happy enjoy life… That is already my big dream.” 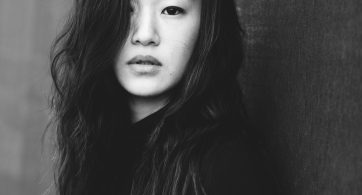 Tiffany Chu is freezing her butt off outside of Harvest, a hoppin’ breakfast-and-lunch spot in downtown Park City, Utah, crawling with Jon Hamm-types and industry people. This is her […]