As the COVID-19 quarantine stretches on, half of us are hoarding toilet paper while the other half are resting or maybe doing something productive with their extra time. But if you’re anything like me, you’re probably daydreaming about sitting on a white sandy beach and staring into a fiery orange sunset with a feni cocktail in both hands. I mean, one hand. The times sure make you say silly things.

Feni, the most popular spirit of the Indian state of Goa, comes from the Sanskrit “phena,” which translates to “froth” and refers to the airy foam that forms when the liquor is shaken or poured. Poised at 43-45 percent alcohol by volume (ABV), it’s right up there with other tropical alcohols like rum and Brazilian cachaca. But unlike the other two spirits, feni is said to smell extremely strong and pungent, yet can be velvety and fruity on the palate. These are great qualities, as the purity of feni is assessed not just by the vitality of its aromas, but by its lack of aftertaste.

Though feni has been produced in Goa for over 400 years, the cashew variety is one of the most recent versions to arrive on the scene due to cashew trees that were introduced to the area during Portuguese colonization.

Due to the abundance of toddy palm along the Malabar Coast, 19 versions
of coconut feni are said to have been made in Goa before the Portuguese
arrived in the 16th century. It wasn’t until Portuguese colonization that Catholic monks began producing the new feni distillate out of cashew fruit from the trees transplanted into the region from Brazil.

Since then, cashew feni has found a major stronghold in the hearts and
palates of Northern Goans, while coconut feni is most popular and mainly
produced in Southern Goa.

Feni is classified as a “country liquor” that’s handmade in small batches to retain some of the finer characteristics, aromas and flavors present in both the toddy palm sap and the cashew apples used. The methods used to produce feni, from top to bottom, are still traditional and rely very little on modern machines or electricity.

Coconut feni is made by toddy tapping a palm tree, which means collecting the sap from the flower of the palm two to three times a day. Once the toddy tapper collects the sticky, juicy extract, it is then poured into a clay pot and fermented for three days. This ferment is then distilled twice.

The first step in making cashew feni is picking the ripe, vermillion cashew apples that have fallen from the tree during the short-lived harvest season, ranging from March to mid-May. Producers never pluck the fruit, as it’s not only tradition to not do so, but is also a practical indication that the fruit is not yet ready and won’t yield the best flavor. This harvest method is said to have originated during colonial rule when local Goans would take the lush, plump fallen fruit because the Portuguese didn’t want it themselves.

The cashew apples are then deseeded, juiced in a press or stomped by foot (similar to how some winemakers mash grapes) and placed in a slanted basin so that all of the juice can stream down, collect into a clay pot buried in the ground and ferment in that same pot for three to four days. After that, the process is similar to distilling coconut feni, save for the fact that cashew feni is thrice distilled to get that beloved Goan tipple.

Feni Past and Present

While we know that feni is a recreational libation, it’s actually been widely used by Goans for medicinal purposes since its inception. Ailments like the common cold and mouth and stomach issues are said to be alleviated with different corresponding botanicals infused with feni.

Cashew feni’s incredible history, production methods and cultural importance have contributed to it receiving Geographical Indication in 2009. On the other hand, coconut feni hasn’t been given the same protection.

By the time you read this, my hope is that people won’t be hoarding basic supplies anymore and that bars and restaurants will have opened back up. If you happen to see a feni cocktail on the menu, make sure to order it and clink your glasses to a resounding saúde (cheers!) in celebration of surviving a pandemic. Feni is medicinal after all, right? 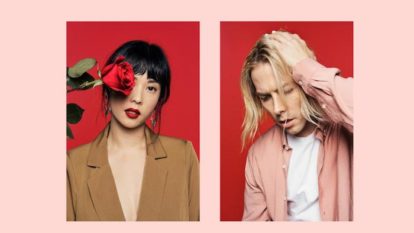 After the onslaught of terrible things happening in the year 2020, what with the novel coronavirus pandemic and the exposure of systemic racism, it seems like everyone is in […]